Nikita Dragun is a Belgian American model, social media star, and make-up artist who made millions from YouTube channels. She is best known for her appearance in the hit reality TV show The Real Housewives of Beverly Hills. Let's take a look at her personal life, lifestyle, and relationship status in detail. 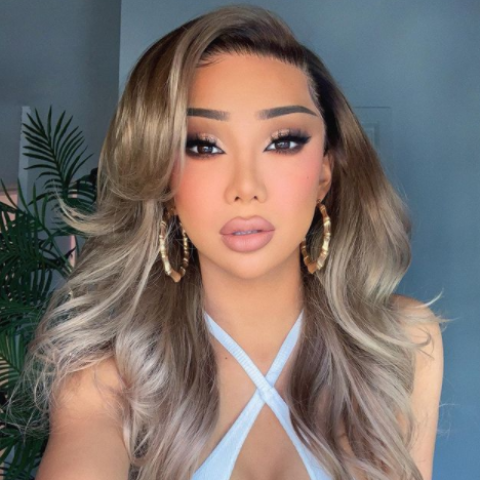 Nikita Dragun has previously spent a lot of time with fellow TikTok star Tony Lopez throughout May and June 2020. But now, in 2021, she seems to be in a relationship with someone entirely new. While vacationing in Miami amidst the first week of July, Nikita started posting Instagram stories of her with a mystery man.

The icon used emojis to keep his face hidden. Nonetheless, her fans immediately began to guess that he was her boyfriend. The mysterious man displayed on Nikita’s news feed is none other than Chase Stobbe. Mr, Chase seemingly confirmed the speculations himself when he uploaded an Instagram story on July 5 of him lounging by the pool with the Dragun Beauty founder.

Unlike Nikita’s rumored boyfriend is also a TikTok star who joined the platform in March 2019. He has earned nearly 260,000 followers on the video app. His Instagram account has over 35,000 followers and is well known for starring in fitness videos.

Dragun follows Chase’s Instagram account. In fact, she left a flirty response on one of his photos. After Chase uploaded a shirtless picture on July 5, Nikita posted the hot face emoji in the comments section. Although the pair have yet to confirm their romance explicitly, Nikita Dragun and her partner Chase aren’t exactly keeping their relationship private.

In the summer of 2019, Nikita Dragun dated Survivor alum and real estate agent Michael Yerger. The pair struck up a relationship after she paid Michaell to pose as her boyfriend. The model claimed she formed a real connection, but Michael proved her wrong.

Nikita Dragun, the Belgian American social media star, makeup artist, and model, summoned a staggering net worth of $3 million. The diva began her professional career starring as The Troublemaker on Escape the Night from 2018 to 2019.

In the same year, she appeared on a special episode of the TV series The Real Housewives of Beverly Hills. Dragun has also featured in the music videos including “Heart to Break” and “Malibu” (At Home Edition) by Kim Petras, “That Bih” by Qveen Herby, “Best Friend’s Ass” by Dimitri Vegas & Like Mike, Paris Hilton, and “F*** It Up” by Iggy Azalea and Kash Doll.

Subsequently, Dragun appeared on the series Nikita Unfiltered in 2020. Later that year, Nikita Dragun achieved a Streamy Award in 2019 and a Shorty Award in 2020. She joined and uploaded her first video on YouTube in 2013. Today, her channel has more than three million subscribers and 172 million total views.

Nikita Dragun recently bought a lavish Chevrolet Corvette cost on her birthday on 21 January 2021. Her car costs somewhere around $58,000 to $66,400. Not only that, she owns a merch titled “dragunbeauty,” which sells makeup accessories and clothes.

Nikita Dragun was born on 31 January 1996, which makes her currently 25 years of age. She spent her young days in Belgium and attended high school in Virginia. Furthermore, Nikita is of Vietnamese and Mexican descent.

She came out as a trans woman while she entered high school. In addition to that, Dragun has spoken publicly about her transition in several of Dragun’s YouTube videos. Amidst sophomore years, Dragun reported getting a fake ID with Nicole’s name and was later identified as female.