Rory McIlroy MBE is a Northern Irish professional golfer who competes on both the European and PGA Tours. He is a former world number one in the Official World Golf Ranking, having held that position for more than 100 weeks during his career. 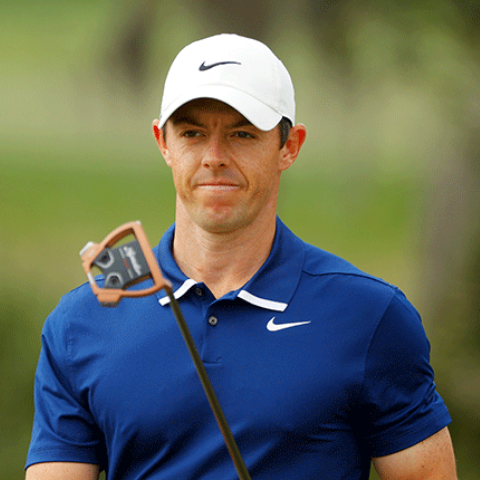 Rory McIlroy is a professional golfer with a net worth of $150 million. He earns $40-50 million per year from tournament winnings and endorsements, with most of his income coming from sponsorships. Rory earned $15 million in 2019 by winning the Tour Championship and the FedEx Cup.

The golfer was said to have secured a $100 million to $250 million endorsement agreement with Nike in 2013. In 2017, he officially signed a multi-year, $200 million contract extension with Nike. McIlroy negotiated a second deal with TaylorMade worth $100 million merely as an equipment endorsement because Nike discontinued selling golf equipment shortly after.

During the same period, between 2018 and 2019, McIlroy received an additional $40 million in other revenue. That year, he was the world’s sixth-highest-paid athlete, with endorsements accounting for the great majority of his yearly earnings. Wee-Mac earned $50 million over the next 12 months.

Rory McIlroy had already won the Junior Ryder Cup with the European team when he was 15. He also won competitions around Ireland, becoming the youngest winner of the West of Ireland Championship and the Irish Close Championship in 2005. Over the next few years, McIlroy competed in the Walker Cup, the British Masters, the Dubai Desert Classic, and the Open Championship.

The athlete was ready to become professional golfer in 2007. His rookie season went well, and he performed especially well at the Alfred Dunhill Links Championship. By the beginning of 2008, he had risen to the ranks of the world’s top 200 golfers. McIlroy’s first victory came in 2009 when he won the Dubai Desert Classic. This victory propelled him to the 16th position in the world rankings. He also competed in his first Masters Tournament that year, finishing 20th.

The 32-year-old famously fumbled victory in the final round of the Master’s Tournament in Augusta, Georgia, in 2011. Rory finished second at the WGC-Accenture Match Play Championship in 2012, propelling him to the world’s number two ranking. His 2013 and early 2014 seasons were fairly dismal, but he rebounded with victories at the Open Championship at Royal Liverpool and the PGA Championship. McIlroy won the Omega Dubai Desert Classic for the second time in 2015. In 2019, he won the Players Championship and returned to the top of the global rankings in 2020.

According to CelebsCouples, Rory McIlroy had at least 5 relationships previously. He has been previously engaged to Caroline Wozniacki which failed due to undisclosed reasons. Besides that he’s also been in a relationship with Holly Sweeney. We don’t know anything about his other relationship and are actually searching for more details about it.

At the present Rory McIlroy is happily married to his wife Erica Stoll, who is from New York. Apparently the lucky lady first met the four-time major winner while working for the PGA. On April 22, 2017, the couple married on the grounds of Ashworth Castle, one of Ireland’s finest hotels. Poppy Kennedy McIlroy, Stoll and Rory’s first child, was born on August 31, 2020.

Rory McIlroy was born in Holywood, Northern Ireland, on May 4, 1989. Wee-Mac began golfing virtually as soon as he could walk and was taught by his father, a skilled and devoted golfer. He started going to the local golf club at a young age and became their youngest member at seven.

Even though his family was not very affluent, they went out of their way to provide Rory with the funds to become a professional golfer. His parents were able to provide the best education for their son by working many jobs. In addition, they were able to send Rory to his first major tournament, the Doral Golf Resort, in Miami’s World Championship for boys aged 9 and 10. Rory McIlroy won the contest.