Nancy Shevell is the name of an American businesswoman who served on the board of the New York Metropolitan Transportation Authority. She is also known as Paul McCartney's third wife. To know more about her keep scrolling. 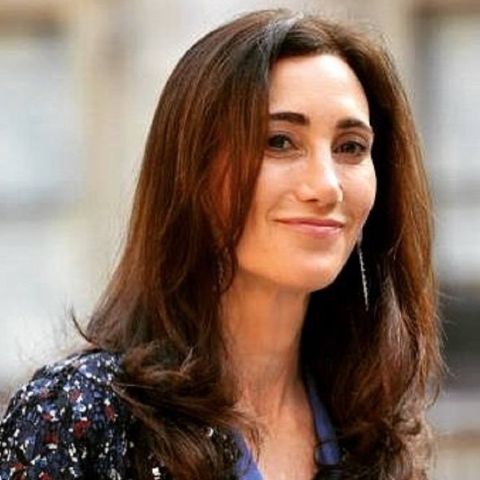 Nancy Shevell is a wealthy businesswoman in the United States, with a net worth of $200 million. She is the vice president of the Shevell Group of Companies, her family’s transportation company. She was also a member of the New York Metropolitan Transportation Authority’s board of directors for ten years.

Shevell and McCartney paid $15.5 million for a duplex penthouse at 1045 Fifth Avenue in New York in 2015. The bronze-glass structure, which was reserved and customized in 1967 for developer Manny E. Duell, has five bedrooms and five-and-a-half baths. It also has 800 square feet of wraparound balconies with views of Central Park.

Nancy Shevell’s father had started his own business with his brother in the 1960s, but government investigators charged him with fraud for alleged ties to the mafia. They went bankrupt after being forced to relinquish control of the company. He later purchased New England Motor Freight and was accused of further conspiracy and racketeering. Shevell joined her father’s haulage company in 1983 and rose through the ranks to become vice president of administration in 1986. In 1991 her mother passed away from breast cancer. Shevell would later fight and survive the disease.

The businesswoman was appointed to the board of the Metropolitan Transportation Authority, the state’s largest public transportation authority, by New York Governor George Pataki in 2001. Even though she was known to miss monthly meetings frequently, Shevell was generally well-liked by her coworkers for her quickness and understanding of the rules.

Nancy Shevell met attorney-turned-politician Bruce Blakeman in college. Arlen, their son, was born in 1984 after they married. The couple divorced in 2008. Shevell met Paul McCartney while staying at her weekend home in the Hamptons on Long Island. Both had recently divorced and began dating in the summer of 2007.

Despite their best efforts to keep the relationship private, the press’s attention was unavoidable. They got engaged after their cover was blown, and McCartney gave Shevell a $650,000 1925 Cartier solitaire diamond ring. They married in 2011 at London’s Old Marylebone Town Hall, where McCartney had his first wedding in 1969. Shevell wore a wedding gown designed by her husband’s daughter, Stella McCartney.

In honor of Shevell’s Judaism, the couple attended Yom Kippur synagogue services before their wedding. Shevell and McCartney both accepted each other’s children from previous marriages. Later, in 2012, McCartney wrote a song about Shevell called “My Valentine,” which was released on his album “Kisses on the Bottom.”

Nancy Shevell was visiting Myron and Arlene Shevell in New York. According to the wiki, she was born in 1959 and celebrated her birthday on September 20, making her 61-year-old this year. She was, however, raised in Edison, New Jersey. Shevellattended, a private school for her education. She later earned her bachelor’s degree in transportation from Arizona State University. She rose to prominence after marrying Paul McCartney, a member of the famous Beatles band.

The industrialist was born a girl, but she had boyish habits as a child. She also enjoyed football, skiing, and flying. Nancy was also a member of her high school’s football team. She is a strong woman because she is a cancer survivor. Shevell was raised with two siblings: a sister, Susan Shevell, and a brother, Jon Shevell.