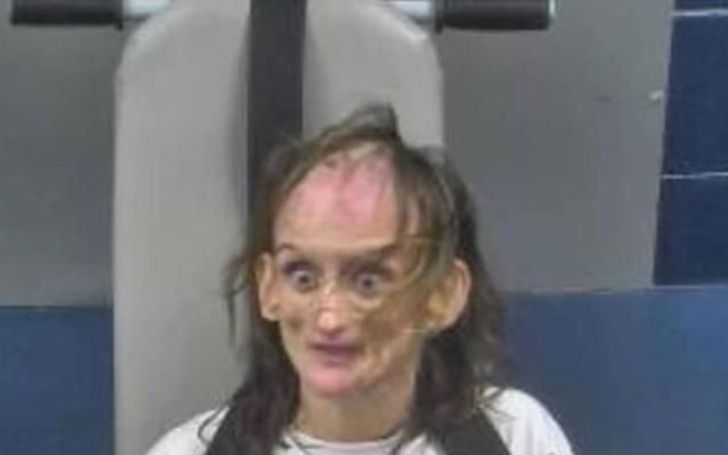 Misty Loman grabbed media attention after a series of her mugshots became viral on the internet. Loman’s mugshots showed the dramatic change in her appearance after she used meth, and it was posted by a sheriff to warn people about the dangers of meth addiction. After Loman became a trending topic, many criticized her for running her life. However, some also claim Loman’s situation isn’t caused only by meth use, but some other factor deteriorated her health; what is that? Keep on reading to learn it.

Misty Loman’s Mugshots Made her Viral

As mentioned earlier, Misty Loman grabbed public attention after her mugshots were posted online. Those series of pictures showed the dramatic change she went through after taking meth over the years.

Loman’s mugshots were posted online by a Wisconsin sheriff named Adam Bieber. He did that to show how drugs can ruin one’s life. On that post, Bieber also wrote the caption, “Just in case you’re thinking about trying Meth, Google “Misty Loman” first. Please and thank you.” Furthermore, he described that the deterioration of Loman’s appearance is the result of her addiction.

A while after Loman’s mugshots went viral; it was reported she was arrested in a Warren County courtroom for allegedly showing up to her hearing intoxicated. Then she was charged with public intoxication, possession of a controlled substance, as Earn The Necklace noted.

Many Came Public Saying Loman’s Condition was Caused by Cancer

After Misty Loman went viral, people started to give out their thoughts about her condition. Somewhere putting out negative comments, and some were worried about her situation. Why?

Because Loman’s situation was worse, and they wanted her to be healthy again. However, more than that, people defending her from all trash talkers because they were familiar with her history. According to them, the drug isn’t the only thing that degraded her health. So, what did?

As mentioned by these people, Loman is suffering from rare diseases, including lupus, bone cancer, and scleroderma. Indeed, she’s fighting with some terrible situation.

Recommended: All about Netflix Show Dead to Me actor Sam McCarthy

If we focus on Loman’s current pictures, we can see she lost a lot of hair because of her chemotherapy for cancer. Furthermore, she has scleroderma, which is a condition wherein skin and connective tissues harden. Sources claim it affects women between the ages of 30 and 50.

Without knowing the whole story, Sheriff Bieber posted Loman’s mugshots, which gave her a hard time. Many who believed his words spoke against Loman; however, many also raised their voice to support her after knowing her back story.

One of the people was Lee Ann Colley Maples, who criticized media and Sheriff Bieber for not searching Loman’s story and just sharing the mugshot. She did that through her social media page and Loman’s mother, Joan Smith, also expressed gratitude to Maples in the comments, which confirmed Loman’s rare diseases.

Make sure you follow Featured Biography for more of these reads on your favorite celebrity.

By: Aarya Maharjan Jan 19, 2022
We use cookies on our website to give you the most relevant experience by remembering your preferences and repeat visits. By clicking “Accept”, you consent to the use of ALL the cookies.
Cookie settingsACCEPT
Manage consent