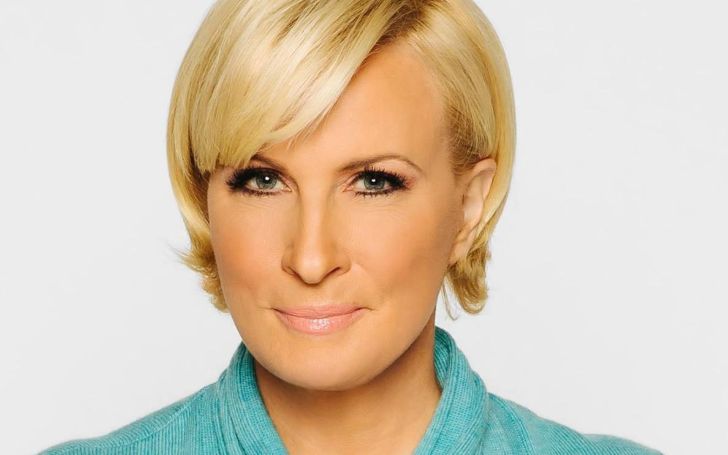 Mika Brzezinski remains the perfect example of an empowered woman who created a name of herself in the journalism sector. Her introduction would be incomplete without mentioning her current work as a co-host in MSNBC’s weekday morning broadcast show ‘Morning Joe.’ The 53-year-old covered some significant events over the years, including the mornings of September 11 attacks. Surprisingly, she found her soulmate in co-host Joe Scarborough as the two tied the knot in 2018. So, today we take you close to the married life, net worth, and the career of Mika Brzezinski.

Mika Brzezinski’s Net Worth Makes Her A Millionaire

When it comes to finances, Mika Brzezinski has nothing to worry about, thanks to her well-settled career as a journalist. She is the co-host of MSNBC’s ‘Morning Joe’ alongside her husband, Joe Scarborough. Although she joined the network in 2007 as an occasional anchor, she managed to push the ranks to co-host the hit show. Thanks to her current job and years of profession, Mika Brzezinski amasses a whopping net worth of $1 million as of 2020.

Mika Brzezinski began her career in journalism as an assistant at ABC’s World News This Morning in 1990 before moving to Fox’s WTIC-TV in Hartford, Connecticut. Similarly, she joined CBS based WFSB in Hartford, where she managed to become a weekday morning anchor regularly. Surprisingly, she made a switch to CBS News, where she served as a correspondent and anchor for the overnight ‘Up to the Minute’ news program.

Related: Get to know about Betty Nguyen, her love life and her net worth.

While there is no doubt that Mika’s primary source of net worth in her career as a news presenter and television anchor, she is an established author as well. Interestingly, she wrote two books on her career and one on food addiction. Luckily, all of them were a subject of great reviews and praise, which encourages her to write more.

While Mika Brzezinski’s professional life is entirely resounding, she didn’t share similar luck in her married life. She is a one-time divorcee to fellow TV news reporter James Patrick Hoffer. The two fell in love in the early 1990s and dated for quite sometime before deciding to exchange their vows on October 23, 1993. Shortly after marrying, Mika became a mother to two children, both daughters Emilie Hoffer and Carlie Hoffer. Despite a family together, she couldn’t sustain her relationship, which caused the divorce to part things between them.

Brzezinski got lucky with her love search for the second time around when she fell in love with her co-host Joe Scarborough. Fans were thrilled to know how they had off-screen chemistry, just like their on-screen. The two got engaged in early 2017, and they tied the knot on November 24, 2018, in a lavish wedding ceremony in Washington, D.C.

While Mika Brzezinski’s career details are known to everyone because of her massive success, she prefers to keep a low profile of her love life. She was born in New York City to father Zbigniew Brzezinski, a Polish-born foreign policy expert. Similarly, her mother is of Czech descent, and a grandniece of Czechoslovakia’s former president Edvard Benes. Mika and her whole family moved to McLean, Virginia, near Washington D.C. in late 1976.

Talking about Brzezinski’s education, she went to the Madeira School initially. Similarly, she enrolled at Georgetown University but failed to complete her academics at the college. Unfortunately, she transferred to Williams College in Williamstown, Massachusetts, in the junior year, and graduated with a Bachelor of Arts degree in English in 1989.

Also See: Grab all the details about David Callaway and his net worth.