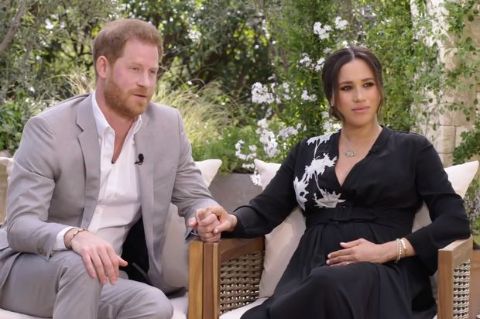 What does the White House think about Meghan Markle and Prince Harry’s Oprah interview?

After the much anticipated Meghan Markle and Prince Harry’s Oprah interview hit the media, it left a resounding noise as aftermath. There were countless revelations made from Meghan and Kate Middleton’s issues to baby Archie’s racial discrimination and the couple’s announcement of expecting a baby girl.

After the news came, White House Press Secretary Jen Psaki also applauded the Duke and the Duchess of Sussex for their courage to speak out the truth on the Monday press briefing.

When asked about President Joe Biden and First Lady Dr. Jill Biden’s reaction to the matter, the Press Secretary noted that “obviously many of us caught the interview, as many Americans did and many people around the world.” However, she refrained from providing any details about the President’s input on the matter.

Psaki personally commented, “for anyone to come forward and speak about their own struggles with mental health and tell their own personal story – that takes courage, and that’s certainly something the President believes. He’s talked about the importance of investing in a lot of these areas that they’re committed to in the future as well.”

When it comes to the British family, BBC royal correspondent Daniela Relph said that “Buckingham Palace will not want to feel rushed into saying something” about Prince Harry and Meghan’s claims.

That’s all; for now, make sure you tune into Featured Biography for more of these reads!