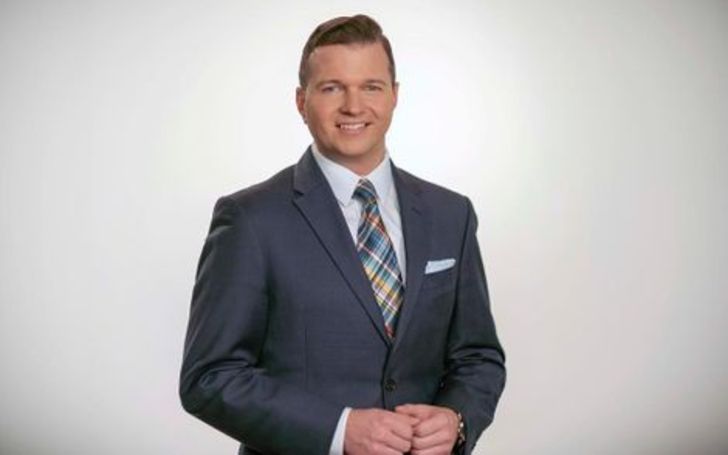 In today’s era, media play a crucial role in providing the audience with the knowledge of things happening around the country and the world. But getting genuine information is always a hard thing to come by. Thankfully, there are reporters like Michael La Crosse who work tirelessly to provide the people with the factual report. The American journalist and is currently working for the news channel WBZ CBS 4. Learn all about the relentless Crosse’s career and life in this article!

Is Michael La Crosse Married? What is His Relationship Status?

Michael La Crosse is openly gay and is in a relationship with his boyfriend, Brian. However, it is not learned how the two met or when they began dating.

The duo has a great bond and is always together whenever they are free. The pair is often seen hanging out where they go on to explore beautiful places and occasionally skiing.

The WBZ TV reporter and his partner appreciate each other and look happy. The announcement of marriage might not be in the distant future.

Most of the time, busy with her works, Michael likes to spend his off-days with her lover and close ones. Likewise, he gives a closer look at his life by posting pictures and videos on social media.

Michael La Crosse has a net worth of $1.5 million from over a decade long career. Having worked for so long in the profession and possessing enormous expertise, one can assume that he earns a handsome salary.

In his career, he’s worked in a few television companies. He worked for WLNE-TV ABC 6 as a multimedia journalist and later as a weekend anchor for almost seven years.

Check out the clip of Michael La Crosse reporting the protests in Nubian Square Fall in Boston!

Prior to working in ABC 6, he served as a reporter for WGGB ABC 40/FOX 6 in Springfield, Massachusetts, where he stayed for four years. At present, he is working as a reporter at WBZ TV CBS 4. He works in Boston and joined the company in December 2016.

Michael La Crosse was born in Waltham, Massachusetts, United States. As for his education, he studied at Waltham High School.

The journalist did his intern at Channel 5 WCVB-TV for eight months from May 2008 to September 2008. On April 19, 2013, he reported live from the scene of a police search for a terror suspect in Watertown, Massachusetts. Similarly, he also reported the bombings at the Boston Marathon.

For his reporting with the ABC40 Bully Busters segment, he won AP Award.

If you want to read more similar celebrity articles, be sure to go to Featured Biography!