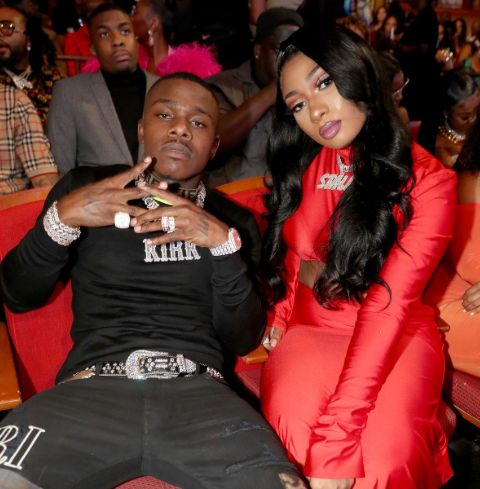 DaBaby reposted a fan’s joke about Tory Lanez shooting Megan Thee Stallion last summer only days after the release of “Skat,” his new duet with Lanez. The fan’s tweet reads, “I guess @DaBabyDaBaby and @torylanez cool now bc the[y] shot somebody and don’t have to do no jail time.”

DaBaby quickly tweeted, claiming the retweet was an error, “Idk what type of Illuminati shit Twitter got goin on. I ain’t retweet nothing but ‘Ball If I Want To’ promo.”

Megan then took to Twitter to address the incident, albeit she didn’t specifically mention DaBaby. She stated, “Support me in private and publicly do something different … these industry men are very strange,” and also wrote, “This situation ain’t no damn ‘beef’ and I really wish people would stop down playing it like it’s some internet shit for likes and retweets.”

Click to know: All the details on Savannah Chrisley’s Net Worth as of 2021.

Instead of merely apologizing, DaBaby went even farther, asking Megan not to do it again “let these folks get the best of you.” He then stated, “stand on what you stand on without feeling like I’m against ya.”

Magen then replied in her post,  “My stance hasn’t changed at all YOURS has. We already spoke abt this in private and you specifically said ‘that ain’t even no good business move why would I promote that shit’ but now this ain’t your ‘beef’ ? That ain’t real. But you stay on ya ‘business’ my g.”

Also know: If Danielle Morrow and Jeremy Rowley are married or not.

DaBaby responded by downplaying his error and emphasizing that the situation was completely out of his hands. Pardison Fontaine, Megan’s boyfriend, stepped in to defend her.

Megan’s boyfriend then sprang to her defense, telling DaBaby, “u don’t ever gotta address her again”  Fontaine added in a later tweet after DaBaby laughed him off, “This matter ain’t about no public opinion or internet beef.“

Megan hasn’t responded to DaBaby’s latest tweets, most likely because she’s too busy enjoying the success of her newest hit.