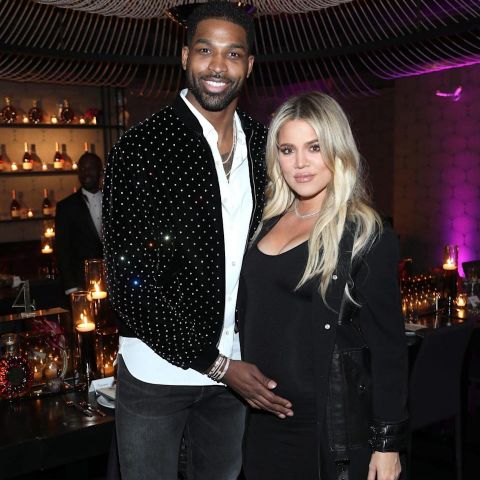 Tristan Thompson and Khloe Kardashian have broken up once more, and it’s been alleged that Thompson has moved on quickly. On Monday, news surfaced that the two had broken up, although sources say they’ve been separated for some time. According to onlookers, Thompson was observed entering into a room with three ladies at a Bel Air house party over the weekend.

Thompson was spotted at a birthday party for a man named Chubbs, who is one of Diddy’s security guards, over the weekend. The Boston Celtics player was observed entering a room with three ladies and exiting with a “disheveled” appearance. According to reports, the room he went into with the girls is known for being a hookup hotspot. “Tristan took off into one of the hookup rooms,” a source told The Daily Mail. “He was accompanied by three women and another man. One of the girls he was with is a party girl who is often out and about.”

According to the source, the NBA star remained in the room for over 30 minutes before exiting. “His clothing was neatly pressed when he arrived, but when he left, it was a tangle, and he appeared unkempt. He stayed at the party for another hour or so before leaving with his entourage at 4 a.m.” Thompson was reportedly seen with Kardashian and their daughter True the night before.

In terms of their breakup, the two are believed to be on excellent terms and that their split was “amicable” with no ill blood. “They’re getting along just fine. There isn’t any drama here. Everything is well, and they are both on the same page when it comes to co-parenting “a source told Page Six.

Fans saw the two trying to work things out near the end of Kardashian’s popular program, Keeping Up With the Kardashians, with the Good American creator confessing she might envision a future with him. Kardashian debated whether or not she wanted to go to Boston after the Celtics signed him and ultimately decided to do so.

Although the season stopped, spectators won’t see much of their decision-making after her decision. However, if the former couple’s split becomes permanent, fans will be watching to see if she decides to give True a sibling and if she wants him to be the father.