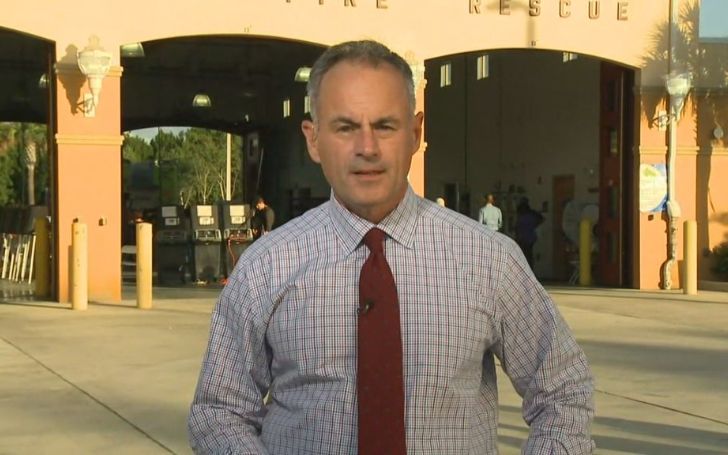 A career in news and media is on a few people’s radar, and one can understand why fewer people tend to choose this line of work. But American journalist Mark Strassmann is someone who has always given his utmost best for four decades already. The expert correspondent has worked in various news reporting positions and producing for channels like NBC News, WFLA-TV Tampa, KMOL-TV San Antonio, WSAZ-TV, WCVB-TV, nd WTVT-TV. Right now, Strassmann is the senior correspondent for CBS News, usually presenting news on CBS Evening News.

Who is Mark Strassmann’s Partner? Does He Have Any Children?

Veteran journalist Mark Strassmann is a married man and is living a happy marital life with his wife Linda Stouffer for a long time. Like him, his partner is a journalist and works for WST-TV 2 in Atlanta, Georgia.

The journalist duo walked down the aisle in the presence of their family and close ones in 1995. The pair is now living as husband and wife for a quarter of a century, and there still exists an impeccable bond between them. Hopefully, they will be together for years to come.

From their relationship, the two share two children, a son and a daughter, both grown up now. Alongside her spouse and kid, he lives in Atlanta, Georgia.

Most of the time, Mark remains occupied preparing and rehearsing for his works, but in the free time, he likes to relax with his family and close ones, usually traveling to different places.

Mark Strassmann’s Net Worth And Career

Incredibly, the talented correspondent began his career in the media at WCVB-TV Boston in 1980, forty years ago. Incredible! he served as an associate producer working for two years. He began working at WSAZ-TV in Wet Virginia, where he was a reporter for three years.

Later, he worked for KMOL-TV San Antonio for a few months, WTTVT-TV from 1985 to 1987, and WFLA-TV Tampa from 1987 to 1995. In 1997, he joined as a national correspondent for NBC News Channel affiliate station in Atlanta bureau.

After four years on NBC, Strassmann joined CBS News in 2001. Since working for CBS, he’s presented news and stories on CBS Evening News. For CBS, she has reported on the BP oil spill, Hurricane Katrina and its aftermath, the Terry Schiavo right-to-die story, church burning in the South, Texas flooding and Colorado wildfires, and so on.

Mark Strassmann was born in New York City and grew up in Boston. He studied at the University of Pennsylvania, where he graduated with a B.A. degree majoring in the American government in 1980. After graduation, he began his career as an associate producer at WCVB-TV Boston.

During his four years of stay at NBC News Channel, he covered reports on Today and other NBC broadcasts. His works on national and international news include the Branch Davidian standoff near Waco, the Columbine school shootings, the Atlanta Olympic Games, the Elian Gonzalez story, the Pope’s trip to Cuba, Princess Diana’s funeral, the 50th anniversary of D-Day, and the 2000 Bush-Gore election story in Florida.

For his years of contributions in the journalism field, he has been the recipient for many awards, most notably the 2002 Emmy Award, which he got for CBS News’ coverage of the D.C. sniper story, an Ohio State Award, and two regional Emmy Awards.