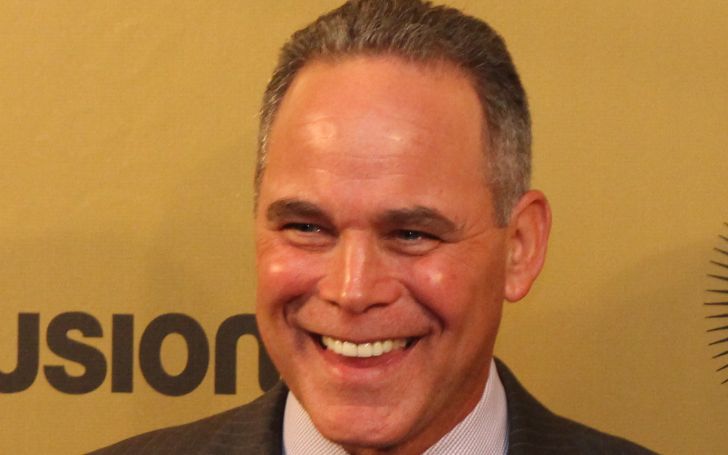 Being a reporter isn’t everybody’s cup of tea, considering the immense responsibility that comes with it. Despite all the troubles, Jim Axelrod is someone who makes the job look very easy. The 57-year-old’s introduction would be incomplete without mentioning his contributions as a national correspondent and reporter for CBS News. Over the years, he reports for almost all CBS News programs. So, today we take you to the net worth, personal life, and the career details of the charming journalist.

Jim Axelrod has been involved in the journalism industry for over two decades now, and his hardwork has fared quite well. Specifically, he owns a whopping six-digit net worth of $500,000 as of June 2020. With age still on his favor, the day isn’t far when the CBS News correspondent’s net worth will touch the $1 million mark.

The primary source of his net worth undoubtedly is his professional career as a reporter and correspondent. Over the years, he has achieved some great heights and became the first TV reporter to broadcast live from Saddam International Airport ( Baghdad International Airport). According to estimates, Axelrod earns around $49,521, which is the average salary of a reporter at CBS.

Jim Axelrod can be identified as the chief investigative and senior national correspondent for CBS News. Furthermore, he reports for several other programs like ‘CBS This Morning,’ ‘CBS Evening News,’ and ‘CBS Sunday Morning.’ He covered a broad range of domestic and international stories to date, including the historic war in Iraq and the American invasion of Afganistan. While covering the U.S Army firing artillery rounds into Iraqi positions, he was the last reporter to leave with the military in December 2011.

The investigative journalist burnt the midnight oil, and luckily his performances have been greatly valued. He won a Peabody Award for his series on West Virginia’s opioid addiction crisis, and a George Polk Award for exposing a multi-billion dollar compounding pharmacy fraud. If that wasn’t enough, he also bagged the 2010 DuPont-Columbia Silver Baton for ‘CBS Reports: Children of the Recession.’ The 57-year-old journalist also won the Emmy awards in 2002, 2014, and 2016.

Jim Axelrod is fortunate enough to replicate his professional life success in his married life. He tied the knot with wife Christina Axelrod after dating for some time. Unfortunately, the CBS News correspondent prefers to be secretive about his personal life, so there isn’t a clue on how he met his wife initially. Together, the married couple share three children, Emma Axelrod, Will Axelrod, and Bobby Axelrod.

Talking about his background, Jim was born to a Jewish family on January 25, 1963. He grew up in Highland Park, New Jersey, and went to Highland Park High School. Likewise, he completed his graduation from Cornell University in history and an M.A. from Brown University in 1989. Currently, he resides in his lavishing house at Montclair, New Jersey.

Also See: Know the net worth and personal life of Jane Pauley.