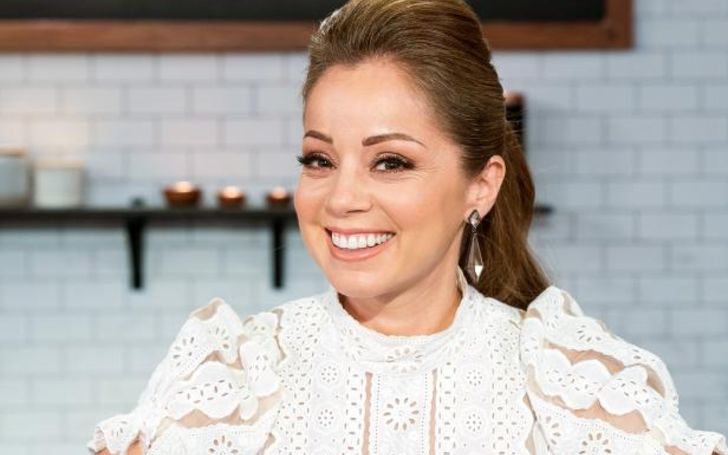 All the foodies around the world are well aware of the name Marcela Valladolid. If you aren’t, let us inform you that she is an American celebrity chef and an author who’s made countless people drool with her culinary skills. Fans might have also seen her as the host of the Food Network television series Mexican Made Easy and as a judge in Best Baker in America. We’ve all seen her on the television but know less about her as a person. So, today we bring you a list of all things to know about chef Marcela, from her net worth to her career and love life.

Marcela Valladolid gained fame as one of the top bakery chefs in America. It was further proved when she became the host and the judge of numerous cooking shows like The Kitchen, The American Baking Competition, Mexican Made Easy, and many more. She’s managed to gain success not only professionally but also financially as well.

The American chef is strictly private about her financial wealth, which is why there aren’t exact details on her net worth as of now. However, considering the number of books she’s sold over the years and her contract with television shows, our sources estimate her net worth collection to be at least $1 million as of 2020.

Amongst Marcela Valladolid’s relationship, the one that stands out is her first husband, Fausto Gallard. The couple had initially dated for several years before they made things official and tied the knot. They then welcomed their first son, Fausto Gallardo, on April 27, 2004. Although due to some misunderstanding, they divorced in the same year and got back together after eight years in June 2012.

That wasn’t all as after the re-marriage, the beautiful chef had an affair with her co-judge Paul Hollywood who was also married to his wife, Alexandra Hollywood. Paul and his wife also went through a rough patch and ended up divorcing later in 2019.

Marcela Valladolid Career As A Chef/Author

Marcela Valladolid began her voyage into the food industry by joining as an editor and recipe stylist on the Bon Appetit magazine. She took part in The Apprentice: Martha Stewart, where she won fourth place. Besides that, her highlight moment came when she got her first cooking show called Relatos con Sabor on Discovery channel. It boosted her confidence and showed her talent in cooking.

The 42-year-old’s second cooking show was Mexican Made Easy on Food Network in 2010 and also appeared in other of the channel’s shows like Throwdown! with Bobby Flay, Iron Chef America, and many more. Along with these she’s released her cookbooks like Fresh Mexico: 100 Recipes for True Mexican Flavor, Mexican Made Easy, Fiestas: Tidbits, Margaritas & more, and Casa Marcela: Recipes and Food Stories of My Life in the Californias.