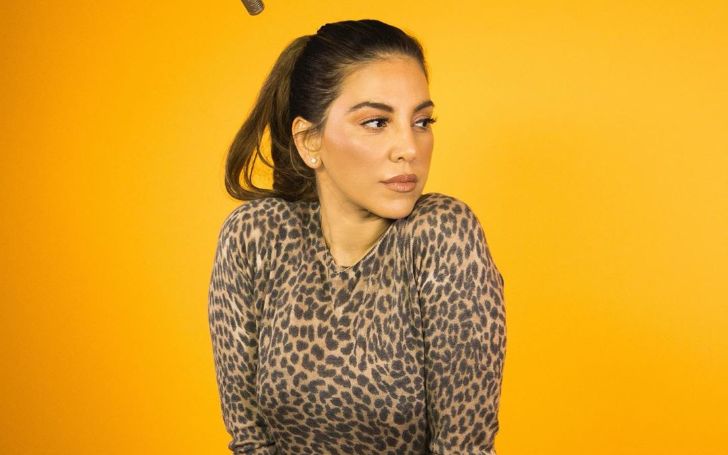 Liz Hernandez is the perfect example of a modern-day empowered woman as she worked her way to become independent in her journalism career. Getting into the details, she is famous for founding ‘Wordaful,’ an online magazine, where she talks about different topics in the daily life scenario. Besides the entrepreneurship venture, she is also an extremely talented actress that featured in several movies like ‘The Game,’ and ‘Make me a Millionaire.’ So, without wasting much time, let us delve into the net worth, personal life, and career of the dashing personality.

Liz Hernandez’s career portfolio is extraordinary, be it from her journey in Hollywood to journalism. Thanks to years-long of hard work, she can be identified with the tag of a millionaire. Specifically, Hernandez amassed a colossal net worth of $1 million as of 2020.

Hernandez used to be an actress, but she always had a passion for writing. Consequently, she made the transition from Hollywood to journalism, with her magazine,’ Wordaful.’ With the platform, she tries to serve a purpose to learn and spread positivity. Likewise, as an actress, she used to earn around a salary of $50,010, the average salary of an actress in the industry.

The primary source of Liz Hernandez is undoubtedly her entrepreneurship with Wordaful. Even though she always loved writing, she didn’t use to do it for a living in the past. In fact, she used to be an actress during her early days in the industry. Interestingly, she featured in movies like ‘The Game,’ ‘Make Me a Millionaire,’ and ‘The Bold and the Beautiful.’

Getting into social media journalism was difficult, but her experience in the showbiz industry did help her. In an interview with Forbes, Liz Hernandez revealed how she used to work in a morning show in LA for a decade in the past. Furthermore, she also used to work on MTV, E! News, and Access Hollywood. However, as she established her own company, she started releasing video series, and her work in network television decreased significantly.

Also See: The Net Worth and Married Life of Shaun So.

Taking inspiration from her role model, Will Smith to lay one brick at a time, she prefers to work with Wordaful and get better with it every day. Hernandez will continue to write every day and aims to create a Wordaful book soon. In fact, she even shares her writing often in her Instagram feed.

Born on April 9, 1980, Liz Hernandez enjoyed a pleasant childhood in the city of California. Surprisingly, she is a Mexican-American and initially worked as the co-host of NBC’s long-running show Access Hollywood before joining radio-program Big Boy’s Neighbourhood on Los Angeles’106 FM.

Hernandez prefers to keep a low profile when it comes to her background and family. What we do know is she isn’t the only child in her family as she has a sister. In fact, it is why she hasn’t given any hint to date on whether she is married or dating anyone. As per her academics, she completed her education from the University of San Diego with a degree of communications and psychology.