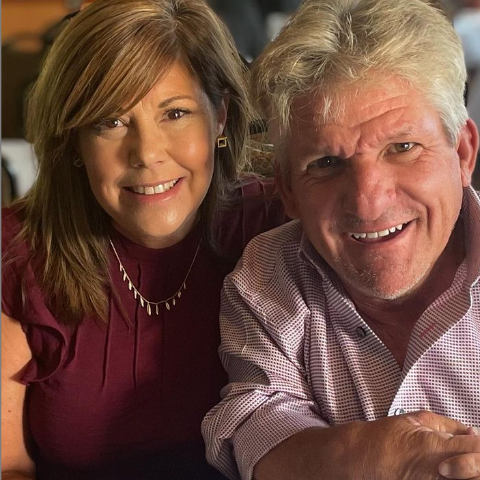 Amy Roloff, star of Little People, Big World, married Chris Marek on Saturday at Roloff Farms. Amy’s ex-husband, Matt Roloff, commented on the wedding on Instagram a few days later. There’s no ill will between the ex-couples, as Matt wished Amy and Chris well and expressed his delight that they chose Roloff Farms as their wedding venue.

Matt posted a lengthy video on Monday evening to walk fans through Roloff Farms. Throughout the video, he pointed out various locations related to Amy and Chris’ wedding, including the gazebo in front of which they were married. Matt explained in the video that he was busy getting everything on the farm back in order following the couple’s wedding.

Along with the video, he included a special caption in which he congratulated the newlywed couple. “Honored that Amy and Chris chose the farm @rolofffarms for their big wedding day!!” Matt wrote. While Amy and Chris’ wedding was recently held at Roloff Farms, the venue will soon be ready for pumpkin season.

The Little People, Big World star, concluded his caption by saying he’ll now be getting “Pumpkin patch setup” for the upcoming season. Fans couldn’t help but praise Matt and Amy for putting on such a mature front following their divorce in the comments section of his post.

One of his fans wrote, “Congratulations, Matt! You went above and beyond for Chris and Amy. Most ex-partners would not have done anything like what you did for them! Congratulations.” Another person stated, “You are incredible, as is the farm. I appreciate how you all encouraged Amy in her next chapter.”

Amy and Chris exchanged vows in front of 146 guests, according to PEOPLE. They had no intention of marrying on Roloff Farms at first. However, after experiencing some difficulties due to the COVID-19 pandemic, they decided to marry at the location. Even though the party was held at Roloff Farms, neither Matt nor his girlfriend, Caryn Chandler, were invited.

As Amy explained on an episode of Little People, Big World, she and her now-husband ultimately decided that sharing was for the best. “Chris and I debated inviting Matt and Caryn to the wedding, but we decided not to. I believe it results in less drama, which I believe is better for everyone.” Matt Roloff from ‘Little People, Big World’ earns about $6 million whereas his ex-wife, Amy Roloff, also earns about $6 million.