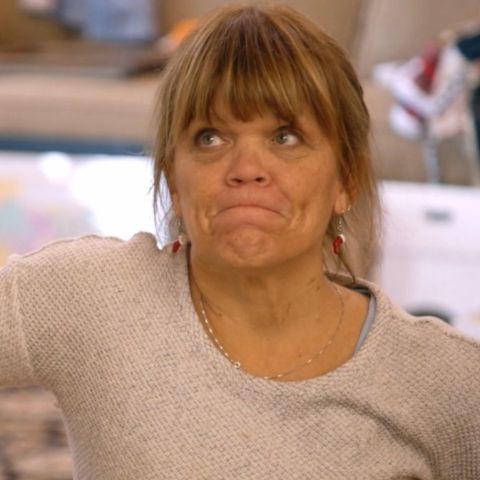 Amy Roloff and Chris Marek may marry at Roloff Farms, but the Little People, Big World phenomenon continues. Matt Roloff, her ex-husband, was not invited to the wedding. In the long-running TLC series’ forthcoming season finale, Amy revealed that she wanted the wedding to be as stress-free as possible and that inviting Matt wouldn’t help. Amy offered last year that Matt and his girlfriend, Caryn Chandler, could attend the wedding if they wanted, but she didn’t think they would.

” Chris and I debated whether to invite Matt and Caryn to the wedding but decided not to.” In a preview clip from the finale, Amy, 56, added, “I think it causes less drama, and I think that’s better for everyone.” Marek held a confessional with Matt by his side in the preview. Matt and Chandler had declined his invitation to the wedding, which he felt was a “given.” “But then I realized it would be problematic for some of the folks who were going to be at the wedding, particularly Amy,” Marek explained.

That logic suited Matt, 59, perfectly. He asked, ‘Will you be offended if we don’t invite you to the wedding?‘ ‘No, let’s get this off the table, let’s keep it simple,’ He added, “Even though Matt will not be attending the wedding, he quipped that he would be on the honeymoon,” making Marek giggle.

In September of this year, Amy and Marek, 55, announced their engagement. They planned to marry in 2020, but the coronavirus epidemic forced them to postpone the ceremony. The couple told Us Weekly in April 2020 that if Matt and Chandler, 52, wanted to come, they could. Marek told the magazine at the time, “You are welcome if you want to come.”

Marek added, “We don’t want anyone to come to our wedding out of obligation.” He added, “The wedding is supposed to be about good friends and close family. I like Matt; I get along with him and Caryn. But we’re not friends hanging out. We don’t do things together. “

The wedding is scheduled for the end of the month. “The big day is approaching. In 28 days, I will marry my love, my buddy, and my partner.” On July 30, Amy shared a photo on Instagram. “It is with this that I will begin and end my day. Hold hands, kiss, and hug each other. With someone, I can drink a cup of coffee, discuss and have those easy and challenging conversations, go for walks and travel, share faith, goals, and dreams, and experience life together.“