Skip to content
Home » Entertainment » Find Out The Latest Details of Matt Roloff’s Earnings, Net Worth, and Lifestyle

Find Out The Latest Details of Matt Roloff’s Earnings, Net Worth, and Lifestyle 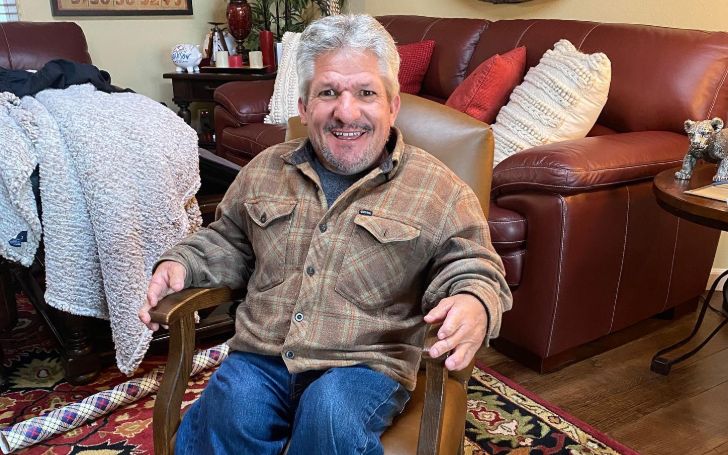 Matthew James “Matt” Roloff is an American TV star, Author, farmer, business entrepreneur, and motivational speaker best known for appearing on TLC’s reality show Little People, Big World with his family. The show focused on the Roloffs’ everyday lives. Roloff, Amy, and one of their four children, Zachary, are all dwarfs.

The American television personality is the ex-husband Amy Roloff. Roloff, who suffers from diastrophic dysplasia, made his fortune by participating in the TLC reality show “Little People, Big World” (2006–present), which follows the Roloff family and reveals how they deal with their dwarfism. Matt’s wealth in 2021 reflects the lifestyle he and Amy chose when they relocated to the farm. As he approaches 60 years old, he is in a good place due to his hard work, determination, and reaping the benefits of his efforts.

Matt Roloff has various professions such as author, father, business entrepreneur, and motivational speaker. So, he has amassed a fortune from his different career. According to the celebrity net worth, Matt has estimated an impressive net worth of $6 million as of 2021. He collected such massive wealth from his several careers.

The American author has written three books. He wrote Against Tall Odds: Being a David in a Goliath World in 1999 with the help of a ghostwriter. His second Little Family, Big Values: Lessons in Love, Respect, and Understanding for Families of Any Size, was published in April 2007. Roloff’s third novel was launched in May 2018. The book “Little Lucy, Big Race,” is a children’s book dedicated to his grandson, Jackson. So, he has also earned a significant amount from his books.

The business entrepreneur is also active on social media. He has 711k fan followers on Instagram, 55.4k followers on Twitter, and 691k likes on his Facebook page. In addition, Matt mainly uploads his personal photos on his social media account.

Matt Roloff lives in Hillsboro, Oregon, right now. Pumpkins, a pirate ship on a lake, a three-story treehouse, a full-size Medieval castle, a regulation soccer field, volleyball court, a mine shaft, and underground tunnels can all be found at the farmhouse.

For the property swap, Matt took out an $825,000 loan. According to an amended annual report submitted on February 4, 2020, Amy is still identified as the secretary of Roloff Farms, although she has sold more of her acreage to Matt. Amy sold a section of the farmland to her ex-husband for $667,000 in June 2019.

Roloff is the former president of Little People of America and the president and co-founder of the Coalition for Dwarf Advocacy. He also co-founded Direct Access Solutions, a hospitality company that sells a Short Stature Accessibility Kit.