LeeAnne Vamp is an actress, author, creator, podcaster, model, and producer, but more than her professions, she is more noteworthy for her love for spooky things. Here are the details on her relationship status, net worth, and early life. 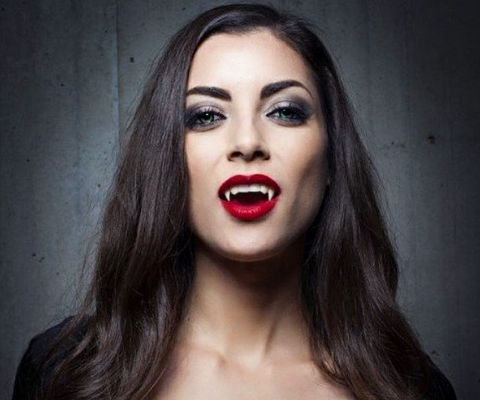 LeeAnne Vamp’s dating history is under wraps. She has never been linked to anyone besides her husband, Cameron Lee Vamp. She married Cameron, an actor known for his work in 2017’s horror movie, ‘Pool Party Massacre.’ The two got married after dating each other for some time. The couple got married on 2nd October 2015.

As of now, the two have been married for six years. The two share the same last name, but their interest lies in a similar field. Cameron shares interests with LeeAnne in science fiction, horror, fantasy, and comic conventions. The couple does not have any children yet. They currently reside in Los Angeles.

The pair’s wedding ceremony is worth mentioning as they had quite a dramatic nuptials. They got married in Knott’s Berry Farm, a theme park in California. Both featured in black dress in their wedding, and the ceremony was officiated by the horror legend Cassandra Peterson a.k.a ‘Elvira,’ Mistress of the Dark.

LeeAnna Vamp Net Worth and Career

LeeAnne Vamp has had quite a dynamic career. She started her career by making appearances in a couple of commercials before being featured on the covers of magazines. Vamp made her first on-screen appearance in the short video Resident Evil: Down with the Sickness and made her acting debut as Esme in the sci-fi action series Video Game High School.

LeeAnne came to prominence by creating her web series Best Friends Forever, which became an instant hit. And, through the reality series Ghosted, she visits allegedly haunted locations in the south of the US. She has featured in the TV series: Team Unicorn, The Adventure of Ravi, and Reaper Tales. The actress is also known for appearing in Ghosted, Pool Party Massacre, Con Man, SyFy’s Cosplay Melee, and her shows: Frightfully fun show for all ages, The Fiends – Best Fiends Forever.

Currently, LeeAnne is the owner of her brand Vamp and holds her podcast Let’s Get Spooky. She is famously known for her cosplays and was also chosen as a judge for a popular reality show, Cosplay Melee. She is also a published children’s book author. The author has never disclosed her total wealth, but as per the sources, her net worth is estimated to be $300,000.

LeeAnne Vamp was born on 26th January 1981. Her hometown is Pasadena, California. The details about the model’s family are not out in the open. However, she calls Cassandra Peterson, a.k.a ‘Elvira’ her mom though they are just friends. After completing high school, she enrolled at the California State University in San Marcos.

The now 40-year-old graduated in 2010 with a BA degree in Communications. From an early age, she has had an interest in acting and modeling. As she got older, the model incorporated one more interest – cosplaying. She loved all the classics from TV, music, games, toys, and fashion growing up.