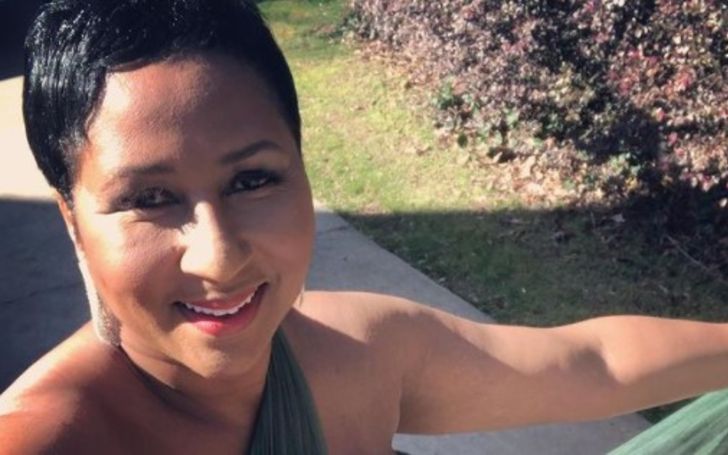 People of Atlanta are familiar with the name Lisa Rayam. How? Because she is a local celebrity there, that’s how. She is a television personality, journalist, public speaker, activist, and philanthropist. Recently, she garners massive attention after her appearance as a panelist on the Georgia Senate debate. As a reporter, she serves Fox 5 and NPR. Besides hosting NPR’s Morning Edition, she is also active as a senior producer.

Talking about Lisa Rayam’s finances, she hasn’t shared any details on that topic; thus, much isn’t known about her fortunes. However, she has a stable career going on and is doing quite well in her life.

Lisa built her career as a journalist and public speaker. She even holds a producer post in NPR’s Morning Edition show. With her years of devotion to her work, she managed to accumulate everything she ever wanted. So, what’s her net worth?

Lisa’s actual fortunes are unknown to the crowd, and it will stay the same until and unless she herself reveals the facts. But, despite the odds, many sites estimated she holds an impressive net worth of $3 million as of 2020.

What she is a millionaire? Indeed, she is, and if we observe her professional success, then believing that won’t be that hard. Lisa has been girding and hustling in the broadcasting world since 1985.

Lisa began her journey as an Arizona-based radio shows reporter. Until 1988, she honed her skill working as a radio host and gradually made her way into Arizona news station, where she served for a year.

After spending a couple of years sharpening her skill, Lisa started her job at Orlando’s NBC affiliate, WESH-TV. There she worked from 1989 to 1994. Subsequently, after facing a tragedy, she moved to Atlanta, Georgia, where Lisa accumulated massive success working at Atlanta’s Fox 5, spanning two decades, as noted by Earn The Necklace.

Currently, Lisa serves as the host and senior producer of NPR’s Morning Edition at Public Broadcasting Atlanta (PBA). Besides that, the Emmy Award winner is also active as a public speaker and civil servant.

The veteran journalist Lisa Rayam has been married twice. Sadly, both of her beaus passed away. She first tied the knot with her late husband, Lee Norris Rayam. The duo married in the early 90s.

Professionally Lisa’s first spouse was a poet and motivational speaker. Her late husband worked hard to save youths from violence and drugs as the program director for the Metropolitan Orlando Urban League.

Although everything was okay between the lovers, a tragic event separated them. So, what was that mishap? It was a fatal shoot out. The duo was celebrating their second wedding anniversary in Jamaica when suddenly they faced the tragedy in 1994.

Lisa and Lee were attacked in the villa where they stayed by an assailant who shot and killed Lee Rayam. Speaking more about the mishap, Noah Riley, a craft vendor the Rayams had encountered during their vacation, was arrested and tried as the killer.

The news anchor, Lisa, became the key witness in the trial; unfortunately, her statement wasn’t enough, and Riley became a freeman later on. Without a doubt, Ryam’s family were shocked by the news, but there was nothing they could have done.

Lisa Rayam is a Mother of Two

After going through a harrowing experience, Lisa Rayam put a lot of effort to move on, and somehow she managed. She then restarted her life. Gradually, she fell in love again with a man name Drewin Lathor Tucker.

Lisa and Drewin began to date and ended up walking down the aisle. The duo expanded their family with two children. They gave birth to a baby boy, Jordan Tucker, on April 9, 1999; subsequently, they welcomed their second child, baby daughter, Kamryn Tucker, in 2001.

Though everything was fine in Lisa’s life as now she had a lovely family of her own, she faced the same fate with her second lover. Yes, sadly, he also passed away. The North Carolina native Tucker died in 2014.

After losing her second beau, Lisa hasn’t been in a romantic relationship; thus, she is single as of 2020. However, she is living a happy life alongside her son and daughter.