Lisa Durupt is a Canadian-born film and television actress who has appeared in many successful films and television series. Let's learn more about her husband, children, and net worth. 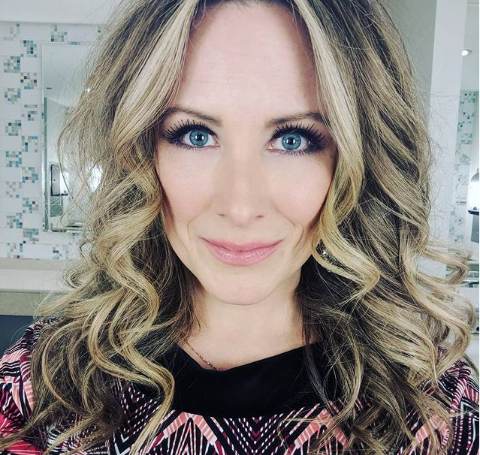 Lisa Durupt is a married woman. She is also a mother of two. Lisa is married to her long-term boyfriend, Michael Lyons. The two first met in 2007 as fellow musical theater performers. Michael is little known because he is not in the entertainment industry.

After years of dating, the couple married on January 14, 2018. The wedding ceremony was very simple, with only close friends and family present. The two together co-own a company named Coquitlam Pictures Inc. They have also become parents to two lovely daughters.

On February 19, 2019, the couple welcomed their first child, Everly Violet, into the world. Nyla Primrose, their youngest child, was born on February 18, 2021. The family divides their time living in Los Angeles and Vancouver. The actress frequently posts photos of her family on her Instagram account.

Lisa Durupt is a Canadian film and television actress. She is well-known for her roles in Heartland, Reunited at Christmas, and Less Than Kind. Since 2004, the now 39-year-old has been active in her acting career, and she is still working. She also actively advocates for various social causes, including the representation of women in film, Multiple Sclerosis, and homelessness.

Durupt has appeared in several movies, including Shall We Dance?, The Movie Out Here, Preggoland, BreakThrough, and The Main Event. She was nominated for a Leo Award in 2015 for Best Supporting Actress for her role as Hillary in the film Preggoland. She lent her voice to Maria‘s character in the 2018 film Norm of the North: Keys to the Kingdom.

The actress has also made a name for herself in the television industry. She has appeared in a variety of television shows, including A Dream of Christmas, Heartland, The Capture of the Green River Killer, Redemption, and Less Than Kind, to name a few. She was nominated for a Gemini Award in 2010 for Best Individual Performance in a Comedy Program or Series for her portrayal of Shandra in the TV series Less Than Kind.

The Heartland star is the founder of Tricities Film Studio, a company taking a unique sports-oriented approach to acting. She co-founded Coquitlam Pictures Inc. with her husband, Michael Lyons, and Emmy Award-winning producer Jim Rapsas. She also has her website, ‘Lisa Durupt,’ where she updates her blogs. There has been no confirmation from the now-39-year-old regarding her net worth. However, it is estimated to be $900,000, according to sources.

Lisa Durupt was born on March 12, 1982. She was born and raised in the Canadian city of Winnipeg. There is no information about her immediate family; she has kept it private from the media. At the age of 10, she was diagnosed with Multiple sclerosis (MS), a chronic disease affecting the central nervous system. She worked extremely hard, both physically and mentally, to reverse the effects.

Durupt went to a Musical Theatre College. Growing up, she was a talented ice hockey player. Her talent earned her a scholarship to a Minnesota university until a shoulder injury forced her to abandon her hockey dreams. After seeing a production of A Chorus Line as her first assignment, the Less Than Kind actress gave up her scholarship to enroll at the University of Winnipeg and then study theatre and film at the Canadian College of Performing Arts.