Lionel Richie is one of the most incredibly talented musicians who's left no stone unturned as an American singer, songwriter, composer, record producer, actor, and television judge. He began his career with the Commodores, a 1970s funk band, and is now recognized worldwide for his talent. 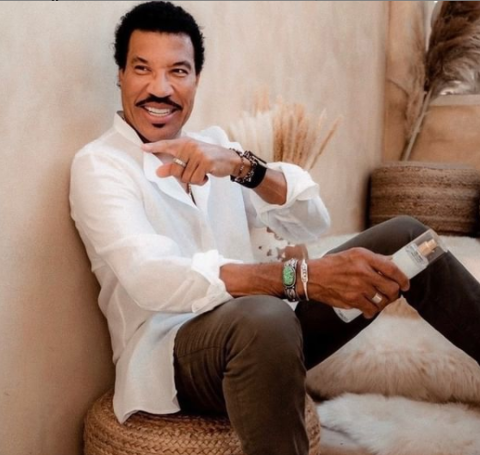 What Is The Net Worth Collection of Lionel Richie?

Lionel Richie might just be one of the top earners in the musical field with the immense success he’s garnered through his five-decade-long career. Specifically speaking about his riches, according to Celebrity Net Worth, he’s made a whopping $200 million net worth as of 2021.

The Commodores singer made a handsome salary of $10 million as a judge of American Idol back in 2019. He currently resides in his $11.4 million Beverly Hills, California, mansion. He also owns multiple properties and apartments, one of which is Rodeo Drive, a 5,775 square feet building previously known as Doubleday Bookstore.

Lionel Richie hails from Tuskegee, Alabama, who graduated from Joliet Township High School in Joliet, Illinois. Prior to starting his musical career, he was actually a star tennis player for his High School. He even attended the Tuskegee Institute on a tennis scholarship and graduated with a B.S. in economics.

The 71-year-old’s stepping stone in his career was in 1968 after he joined the Commodores as a singer and saxophone player. The band signed a record deal with Atlantic Records and Motown Records. Eventually, they became a popular R&B group with the songs “Brick House,” “Machine Gun,” “Easy,” and “Three Times a Lady.”

More than the band, Richie made an immense name for himself through his solo career after singing the theme song for “Endless Love,” along with Diana Ross. Since then, he’s released albums like “Lionel Richie,” “Cant Slow Down,” ” Dancing on the Ceiling,” “Tuskegee,” “Coming Home,” and many more.

Speaking about his personal life, Lionel Richie’s earliest love interest was his college sweetheart Brenda Harvey, whom he ended up marrying in 1975. Later on, the couple adopted Nicole Camille Escovedo, now Nicole Richie, the two-year-old daughter of Lionel’s band.

In 1988, the Emmy award-winning singer was arrested with charges of trespassing, vandalism, battery, and disturbing his wife’s peace after she found he was at Diane Alexander‘s Beverly Hills apartment. They ended up divorcing after 18 years of togetherness on August 9, 1993.

You may also like: All To Know About Real Estate Developer and Restaurateur George Santo Pietro.

Richie is currently married to his partner, Diane Alexander, on December 21, 1995. The pair share a son named Miles Brockman and a daughter named Sofia Richie. Although his marriage also couldn’t last long as they separated in 2004 due to undisclosed reasons.