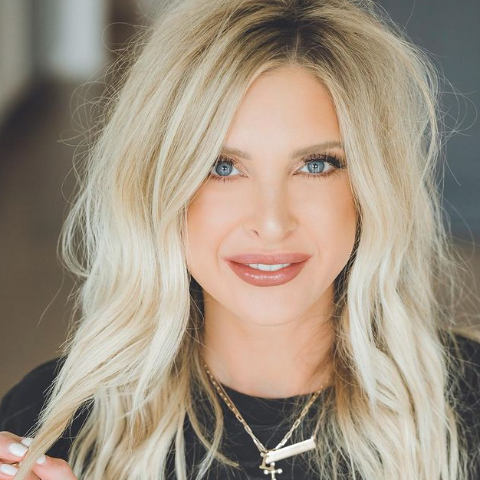 Lindsie Chrisley, the former star of Chrisley Knows Best, announced her divorce from Will Campbell after nine years of marriage and several separations. Lindsie left the show in 2017, claiming she never wanted to be on it and was doing it for her father’s sake. When Lindsie began dating her soon-to-be ex-husband Will before leaving the program, resentment between her and her family grew.

Things became even worse after the two eloped in 2012, but she decided to leave the program after an off-camera argument with her stepmother, Julie Chrisley. Todd Chrisley‘s daughter from his first marriage is Lindsie. Lindsie thought the environment was too poisonous after this incident, and she couldn’t film or be around her family any longer.

Things between them deteriorated further in 2019 when Todd and Julie were charged with tax evasion, and Lindsie aided the prosecution. Lindsie said at the time that she had nothing to do with the allegations against her father and stepmother, instead of pointing the finger at the alleged wrongdoings by them.

Lindsie claims that her father and brother Chase threatened to disclose a sex tape unless she helped them deceive the feds and stop their inquiry. Todd and Chase vehemently refuted the charges, accusing Lindsie of having extramarital affairs with two Bachelorette contestants. Lindsie recently announced her separation from her husband following nine years of marriage and one kid together. She broke the news of her breakup to her fans on Instagram, noting that it was a mutual decision.

In the post, Lindsie writes that she still loves Will and will always be grateful for their time together as a relationship. She claims they are both dedicated to maintaining their friendship to co-parent their son, Jackson, effectively. She is eager to move on and make a new beginning, and she is concentrating on the light at the end of the tunnel.

Lindsie closed her post by requesting that people respect her privacy while she works through this. After two brief separations in 2014 and 2016, the couple has announced their split. Lindsie’s supporters showed their support in the comments section when she told the news on Instagram.

Lindsie’s strength was emphasized by one commentator, who encouraged her that she will get through this challenging period. Another fan expressed their love and support for Lindsie during this challenging period. A third supporter revealed to Lindsie that they, too, were going through a divorce and reminded her that everything happens for a purpose.

After Lindsie shared a cryptic Instagram message on Valentine’s Day, many speculated about the couple’s condition. She noted that everyone’s love journey is unique, and she is determined to follow love wherever it leads her.

Now that Will is no longer in the picture, there may be a chance for Lindsie and the rest of the Chrisleys to mend their relationship. Lindsie unexpectedly came to Todd’s defense when he was battling with bullies online after going public with his COVID-19 diagnosis.

Although this was an encouraging indication, Lindsie also stated that the relationship has not improved since then. This was all back in April 2020, so there’s a chance things have improved between her family and the Chrisley Knows Best cast since then.