Brandon Cole 'Bam' Margera is an American reality television and film star, as well as a professional skateboarder, a radio personality, and a key figure on MTV. Keep scrolling down to know more about him. 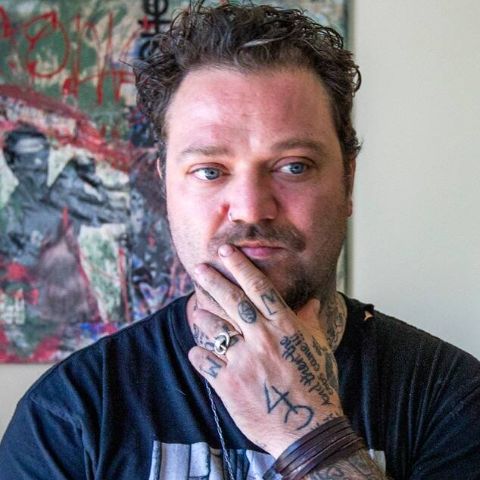 Bam Margera has a net worth of $10 million as an actor, producer, stuntman, and former professional skater in the United States. He became wealthy after appearing in several television shows and films. Margera is regarded as one of the most well-known stunt performers.

The actor spent $1.195 million for a 14-acre property in West Chester, Pennsylvania, in January 2004. He has transformed the site into what is today known as “Castle Bam.” The property featured prominently in his show “Viva La Bam,” includes an indoor skatepark, a swimming pool, a barn with a music stage, a BMX track, etc. Bam owns another home in the region, which comes in handy because he has rented out Castle Bam for events and Airbnb.

Bam Margera’s professional skateboarding career began in 1997 and 1998 when he was sponsored by Toy Machine Skateboards. In 2001, he joined Team Element, Element Skateboards’ showcase team; however, he was no longer a member as of 2016.

Speed Metal Bearings, Adio Footwear, Electric Sunglasses, Volcom, Landspeed Wheels, Destroyer Trucks, Destructo Trucks, and Fairman’s Skateshop have all sponsored him at different times. Margera has effectively retired from skateboarding as of 2017, even though he still skates occasionally.

Bam Margera began filming amateur videos of himself and his buddies skateboarding together, having a wonderful time, and performing dangerous feats, when he was a teenager. These videos later became part of a CKY video series. He self-released a large number of the CKY series. CKY stands for ‘Camp Kill Yourself’ in abbreviated form. These videos featured him alongside many of his buddies, including Ryan Dunn, Brandon DiCamillo, Rake Yohn, Chris Raab, and others.

The artist’s CKY video series grew incredibly popular, and he landed a position in MTV’s Jackass, a project directed by Jeff Tremaine, the famed editor from Big Brother. Margera and Ryan Dunn were cast as the major characters. From 2002 through 2010, Margera starred in three ‘Jackass‘ films: ‘Jackass: The Movie,’ ‘Jackass Number Two,’ and ‘Jackass 3D.’ These were a series of reality films that were a spin-off of MTV’s Jackass.

The producer joined the ‘Team Element’ demonstration team for the ‘Element Skateboards’ in 2003. He co-wrote, acted in, and directed the film ‘Haggard‘ in the same year. Margera and his buddies performed different feats on the show, shot in New Orleans, Las Vegas, Los Angeles, Mexico, Brazil, Amsterdam, Finland, and other locations. ‘Viva La Spring Break’ was a special episode of the show. He starred in a non-sexual role in Gina Lynn’s pornographic film “The Fantasstic Whores 4” in the late 2000s. He also starred in the sports TV show ‘Nitro Circus.’

In West Chester, Pennsylvania, the stuntman opened his bar/theatre named “The Note” at the same period. He also published a book called ‘Serious as Dog Dirt,‘ which features his private essays and photographs. Bam appears in Tony Hawk’s video games such as “Proving Ground,” “Project 8,” and “American Wasteland,” among others. In 2012, he co-created the television series “Bam’s World Domination” and had a cameo appearance in “Loiter Squad.”

Bam Margera was engaged to Jenn Rivell and appeared in several episodes of ‘Viva La Bam’ with him. Their relationship ended in 2005, and a year later, Margera was in the news after Rivell broke into his residence and filed for “Protection From Abuse.”

Margera was engaged to Melissa’ Missy’ Rothstein, a childhood friend, in 2006. The pair was featured on ‘Bam’s Unholy Union,’ a reality show that chronicled their wedding planning and execution. Bam was brought to the hospital after falling sick after a four-day drinking binge, and the pair split in 2012. Missy found out about his girlfriends in San Francisco and West Chester, which led to their divorce. Margera and Missy lived in separate places when they split, and Missy barely saw him once a week.

The former professional skater then married Nicole Boyd on October 5, 2013, in Iceland. They started dating in 2009. Nicole’s profession is that of a photographer. The couple together has one son named Phoenix Wolf Margera, born in December 2017.

Brandon Cole Margera was born in West Chester, Pennsylvania, on September 28, 1979. Margera went through the legal process to formally alter his name from Brandon to Bam. He is Vincent Margera’s nephew and Jess Margera’s younger brother.

After his habit of purposefully dashing into walls as a toddler, the 41-year-old’s grandfather gave him the moniker “Bam Bam.” His classmates eventually shortened his name to “Bam.” He was a junior at West Chester East High School when he dropped out. Later, he worked to get his GED.