Kofi Siriboe is a Ghanaian–American model and actor best known for his portrayal as 'Ralph Angel Bordelon' in the television series 'Queen Sugar.' Continue reading to learn more about him. 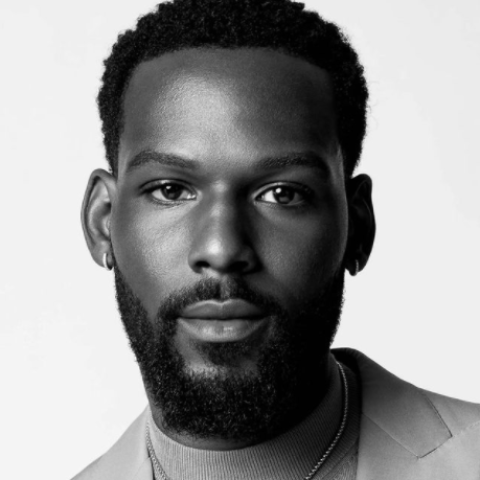 Kofi Siriboe was born somewhere in Los Angeles, California, to Ghanaian immigrants Kwame Boakye and Koshie Mills. He is his parents’ second child, and he has two brothers, Kwame Boateng and Kwesi Boakye. They, like Kofi, are actors. Kofi’s mother was an instrumental factor in instilling a love of the arts and entertainment and molding his acting career. She forced him to enroll in acting courses at a young age to hone his profession.

The artist’s father was a fashion enthusiast and consultant. His mother is a global media strategist. She operates a Beverly Hills-based boutique multimedia enterprise. Kofi’s mother worked alone for several years before taking up management of her boys’ careers and acting as their publicist. She also handles their branding. Koshie formerly worked as a registered nurse full-time and on night shifts. Finally, in 2011, she retired from her 19-year nursing job to devote her whole attention to her boys’ careers.

Kofi Siriboe has a net worth of $1 million. He amassed his fortune via his job as an actor and model. In 2003, Kofi debuted as ‘Benjamin’ in Strange & Charmed.‘ He appeared uncredited in an episode of the ‘HBO’ comedy-drama ‘Entourage’ in 2007. Later, in 2008, he made his cinematic debut in ‘The Longshots,’ a sports drama. He played ‘Javy Hall’ in the film. Kofi had a brief cameo in the 2015 film ‘Straight Outta Compton,’ which was based on the true narrative of the “gangsta rap” group ‘N.W.A.’ and its members. In the short ‘Knotts,’ he played ‘Michael.’

In 2016, he landed a breakout role. He was cast as one of the key characters in the ‘Oprah Winfrey Network drama ‘Queen Sugar,’ based on Natalie Baszile’s 2014 novel of the same name. Kofi played ‘Ralph Angel Bordelon,’ the youngest sibling of the series’ featured family, excellently. Even though his character is shown in the series in a far different way than in the novel, he has done great justice to the character.

Since 2016, Kofi has played Ralph Angel Bordelon in the American drama television series Queen Sugar. It is available for public viewing on the Oprah Winfrey Network was just renewed for a sixth season, which will begin in September 2021. Kofi is still in the program, and numerous new performers have joined the cast in the newest season. Erika Ashley plays Liza, Paula Jai Parker plays Celine, Mckinley Freeman plays Dominic, and Tammy Townsend plays Billie.

Aside from performing, Kofi dabbled in modeling. He is represented by ‘Wilhelmina Models,’ a well-known New York agency, and ‘Vision Los Angeles.’ Kofi has appeared in advertisements such as ‘Gatorade Big Heads’ (as Kevin Garnett’s voice). He was also featured in the ‘Got Milk’ T.V. ad alongside his older brother Kwame Boateng. Kofi has also posed for companies including ‘True Religion’ and ‘Barneys New York.’ In Janet Jackson’s music video, he also appeared for “Someone to Call My Lover.”

Kofi Siriboe claimed in 2020 that he has remained unmarried because he has a lot more self-care work to accomplish. Furthermore, he stated that he intends to devote the necessary time to find a good lifemate. Siriboe is still unmarried in 2021. The Queen Sugar star values connections and opposes that our pleasure is contingent on another person. Siriboe, on the other hand, has stated that he does not desire to stay unmarried. He will ultimately marry, have children, and acquire property.

For years, the actor has praised the growth of women’s rights. In his remarks, he focuses on black women’s achievements in their lives. He once wrote a message to his social media fans in which he praised black women and equal rights. Kofi has a great fondness for his mother, whom he describes as lovely, and believes she is the reason he adores, loves, and defends women.

The model started his media and lifestyle business, We’re Not Kids Anymore, in March 2021. The epidemic made Kofi think and believe that he needed to memorize everything. Siriboe’s platform showcases black cultural moments from the early 2000s to the present. We’re Not Kids Anymore was created by Kofi and Julian Lane. According to Siriboe, the idea is to humanize celebrities. He aspires to create a chronology of nostalgic experiences for young black people.