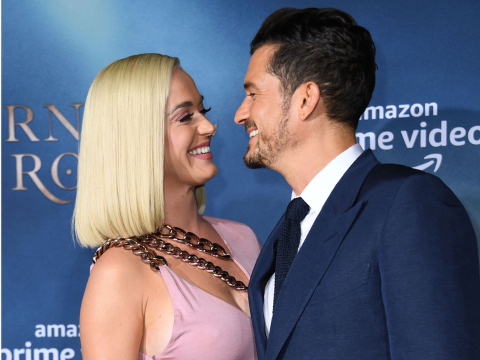 There are many questions in the media if Katy Perry and Orlando Bloom are already married as of 2021. When did it happen? We don’t know for sure? The rumors started after the new mama was photographed wearing what seemed to be a gold wedding band on her ring finger.

We all already know that the couple had been engaged since Valentine’s Day 2019, and they gave birth to their little girl, Daisy Dove Bloom, in August 2020. The pair were eagerly planning for their wedding this year which got canceled amid the worldwide coronavirus pandemic situation.

The paparazzi photos show Perry and Bloom stepping out in their casual attire, enjoying their Hawaii vacation. Both the pair donned baseball caps, with Perry covering her face with a floral face mask and not to miss showing off her gold band. They were accompanied by their six months old daughter Daisy and Orlando’s 10-year-old son Flynn.

You may also like: Lucifer Star Lauren German Boyfriend & Past Relationship

Back in January, sources confirmed that while the couple was doing ‘fantastic’ they “put wedding planning on the back burner, and  there’s been no discussion of a new wedding date at the moment,” as the new parents ” don’t want to put any pressure on themselves about it.”

Instead, they’re focusing on their kids and work,  “Orlando has been in full dad mode and is such a natural,” the source said. “He’s really focused on Daisy and making her his priority.”