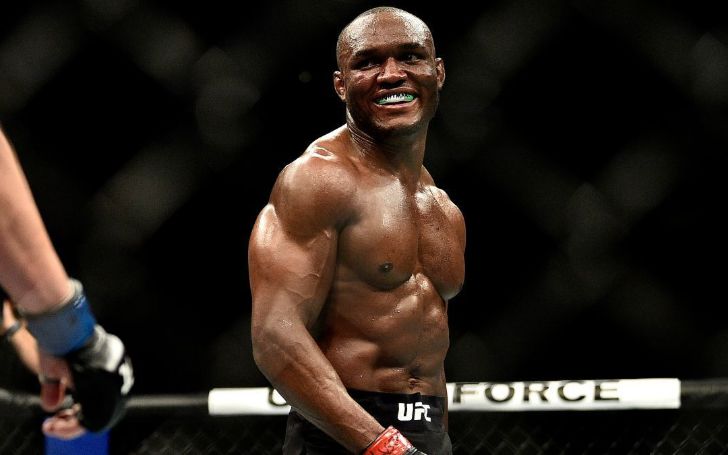 a Kamaru Usman is a Nigerian-American mixed artist who’s best known for being the UFC Welterweight Champion. He’s known to migrate to the United States at the age of eight-years-old and later followed his passion for becoming a professional fighter. Usman is the winner of Ultimate Fighter 21, who won against competitors like Jorge Masvidal, Colby Covington, Tryon Woodley, Demian Maia, and many more. Here we follow a brief read on the wrestling champion’s life details from net worth to career highlight and personal life.

Kamaru Usman is a motivational idol for many people out there. He’s the prime example of someone who followed his passion and ended up garnering massive success through his dedication and talent. Specifically speaking about his net worth earnings, he enjoys quite a substantial sum thanks to his decade long career in wrestling.

According to Celebrity Net Worth, the 33-year-old has a whopping net worth of $3 million as of 2021. He’s earned a significant amount of deals through his championship deals, brand endorsements, and many more. One of the most he’s made is through his fight with Jorge Masvidal, where he earned a great deal of $640,000 through a single match.

Financial stability and earnings are not the only goal for the UFC Champion as he’s equally looking for opportunities to indulge in charity. Even though he isn’t running any charity right now, he plans to start one in the future and hopefully change lives after starting his foundation.

Kamaru Usman started his boxing journey from his sophomore year in high school at Bowie High School in Arlington, Texas. Starting from that time, he took his passion all through his college time, taking part in state championships and tournaments where he gained the nickname Marty given by his coach. He played through William Penn University and later shifted to the University of Nebraska at Kearney for a better opportunity.

On the athlete’s years attending college, he successfully bagged the NCAA Division II All-American honors and a two-time national finalist. He finally made his professional MMA debut with a win over David Glover in November 2012. Since then, he has won several accolades under his name like TUF: 21 in 2015 and the UFC welterweight strap in 2019, and many more.

You may also like: American Actor Larenz Tate Career Highlight and Net Worth

Usman is also known as The Nigerian Nightmare and is considered one of the most vigorous welterweight champion out there. His most recent win was in the Fight of the Night in 2019 against Colby Covington and Jorge Masvidal in 2020.

Kamaru Usman might be highly vocal about his professional life, but when it comes to his private life, he likes keeping his lips sealed. We don’t know for sure if he’s already in a marital relationship but we do know that he’s got an adorable five-year-old daughter.

The identity of his daughter is said to be Samirah Usman born on 2014. Besides that there arent much information on the young girl though her father does refer to her as Misspretty in all of his Instagram pictures of her.

That was all for now; make sure you follow Featured Biography for more of these reads on your favorite celebrity!