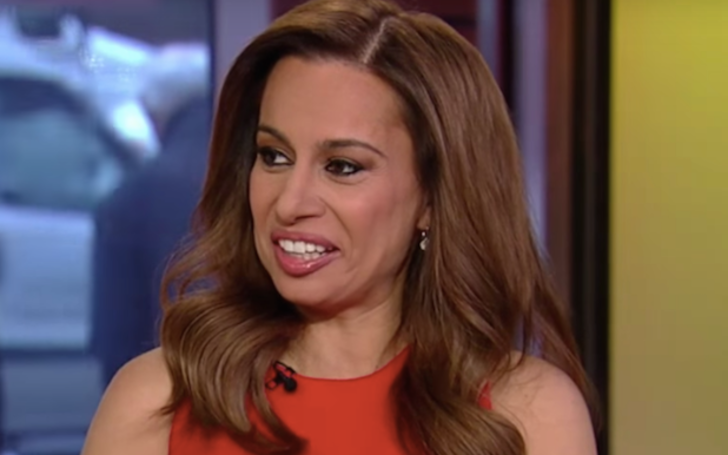 The journalism sector can be rocky at times, but there is no doubt that it is one of the world’s essential functions. Julie Roginsky is someone who made a career from the Fox News Channel, especially as the co-host of ‘Outnumbered.’ Besides, she is also known as a Russian-American Democratic Party strategist and a television personality. While her professional journey in front of the cameras is known to many, not much is aware of his personal life. So, without wasting much time, let us delve into the net worth, love life, and early life of Julie Roginsky.

Julie Roginsky’s Net Worth From Career in Politics and Journalism

Russian-born American, Julie Roginsky is a longtime servant in the field of politics aiming to do something better for the society. She was the first woman to manage the New Jersey Democratic Coordinated Campaign in 1999. Previously, she used to work for Rep. Frank Pallone after working hard in his election campaign. Not just that, the diva also played her part in the congressional campaign of Dale McCormick in Maine’s 1st Congressional District.

Alongside a career in politics, she signed with Fox News Channel in 2004 as a Democratic strategist, and ever since, she never looked back. Later, she contributed to CNBC on-air and also wrote columns in 2009 before joining Fox News again in 2011. Moreover, the empowered woman also worked for CNN, MSNBC, and HLN.

Thanks to such a decorated portfolio, Julie Roginsky amasses a staggering net worth of $5 million as of 2020. Thus, the diva enjoys a lavishing life courtesy of such a high fortune figure.

While Julie Roginsky might tell you about the entire global affairs as a strategist journalist, she is extremely private about her personal life. She hasn’t disclosed any information about whether she is dating anyone or is married to date. However, she did shed some light as she has an adorable 8-year-old son named Zachary Peter Roginsky. As per reports, she welcomed her child in May 2012. The diva often shares tweets with pictures of her son on her official Twitter handle.

Roginsky did drop a bombshell in 2017, filing a lawsuit in New York Supreme Court against Fox News’ staffs Roger Ailes and Bill Shine for sexual harassment. The case not only depicts the hardship for Julie but also reflects the world’s behavior towards women in the workplace. Surprisingly, her allegations read that Ailes offered her a permanent position on ‘The Five’ only if she had sex with him. Following the case, she left the Fox News Network on June 30, 2017, and later settled the suit in December 2017.

Born on April 25, 1973, Julie Roginsky belonged to a middle-class family in Moscow, Russia, to Abram Roginsky and Tanya Roginsky. Interestingly, her parents were Soviet dissidents of Jewish descent and grew up with her grandparents. The former Fox News reported moved from the Soviet Union in 1980 to the United States. Amidst the relocation process, she even lived in Paris and London for a short period.

Roginsky lived her teenage days in New York City and New Jersey. Regarding her education, she went to Princeton Day School. Likewise, for B.A and M.A, she completed her graduation from Boston University.