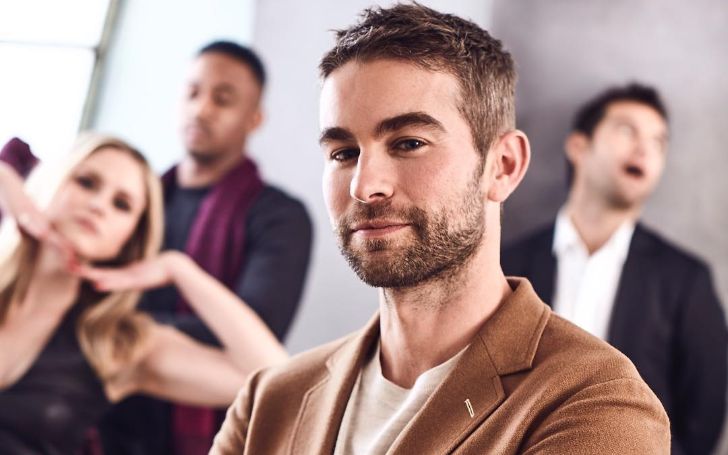 Christopher Chace Crawford is a popular American actor who is best known for playing Nate Archibald on The CW’s adolescent drama Gossip Girl. In this drama, he worked with Blake Lively, Leighton Meester, Penn Badgley, Kristen Bell, and many more. Moreover, Chace has starred in the movies The Haunting of Molly Hartley (2008), Twelve (2010), and What to Expect When You’re Expecting (2012).

The American actor made his cinematic debut as Tyler Simms in the supernatural horror thriller The Covenant in 2006. He starred as Billy LeFever in ABC’s short-lived drama series Blood & Oil in 2015. In the Amazon Prime Video original series The Boys, he begins playing Kevin Moskowitz / the Deep in 2019. It’s been 15 years since Crawford been in the movie industry. So, let’s see how much he earn in these years.

Chace Crawford’s Staggering Net Worth As of 2021

Chace Crawford attended Pepperdine University and majored in broadcast journalism and marketing before dropping out to pursue acting full-time. As an actor, he has gathered an impressive fortune. According to Celebrity Net Worth, Chace is estimated to amass a magnificent net worth of $6 million as of 2021. He is a multi-millionaire and made most of his money through several films and television shows.

The Gossip Girl star nominated and won several awards, including Teen Choice Award Choice TV Actor Nominated (2008), Teen Choice Award Choice TV Won (2008), People’s Choice Award Favorite Actor in a New TV Series Nominated (2016), and many more. According to sources, from 2009 to 2011, Chace was paid $50,000 per episode for his role on Gossip. He also starred in several box office hits. On the other hand, his co-star, Penn, and Leighton have a wealth of $8 million and $16 million, respectively.

On July 18, 1985, Christopher Chace Crawford was born in Lubbock, Texas. He is 36-year-old as of 2021 and holds American nationality. His father’s name is a dermatologist, and Dana, his mother, is a teacher. His younger sister is Candice Crawford, a former Miss Missouri USA winner and Miss USA candidate.

The 36-year-old attended Ridgeview Elementary School in Bloomington, Minnesota, for four years while his father was a medical student. He worked at an Abercrombie & Fitch store and modeled for Hollister while in high school. In 2003, he received his diploma from Trinity Christian Academy in Addison, Texas. After graduation, Crawford went to Pepperdine University to study broadcast journalism and marketing but dropped out after a few semesters to concentrate on his acting career.