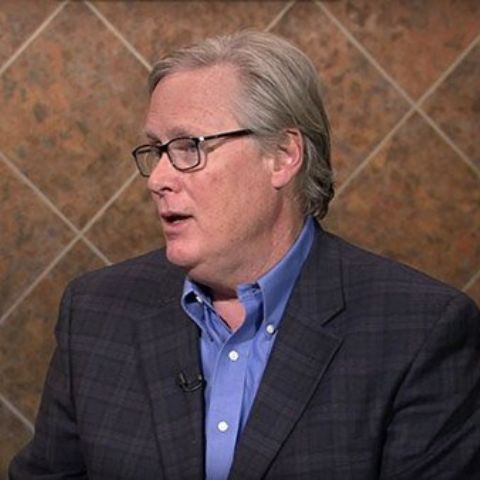 John Donvan is a journalist, broadcaster, and debate moderator whose best-selling book, In a Different Key: The Story of Autism, was nominated for a Pulitzer Prize. His net earnings kept increasing from 2019- 2020. His net worth is approximately $5 Million as of 2021.

The journalist is also the host of Intelligence Squared the U.S., a debate series aimed at raising public discourse in the United States. John’s wife, a PHR’s senior medical advisor, also earns quite a lot of money. Together they make a decent amount of income for a sustainable life.

John Donvan is the host of Intelligence Squared the U.S. This forum brings together experts to debate proposals on serious topics of public interest in Oxford Union-style debates that can be heard on NPR and Fora. T.V. Donvan is an avid storyteller, debuting his first one-person show, “Lose the Kid” in Washington, D.C., in September 2013 through SpeakeasyDC.

The broadcaster and Caren Zucker, a journalist, and television news producer, published In a Different Key: The Story of Autism in 2016. Among the topics discussed are the refrigerator mother theory and the possibility of an autism epidemic. One of the autistic people profiled is Donald Triplett, the first child diagnosed with autism. Leo Kanner, a psychiatrist and autism pioneer, is also profiled. The book delves into the debate surrounding the neurodiversity movement, particularly as it relates to low-functioning autistics.

John Donvan was born in 1955, and he is currently married to Dr. Ranit Mishori. PHR’s senior medical advisor is Ranit Mishori. Together Donvan and his wife, Dr. Mishori, share two children: Ben and Noa.

For the past two decades, Dr. Mishori has been a champion of migrant health, engaging in a variety of activities such as clinical care of immigrants, refugees, and asylum seekers in primary care settings, documentation of human rights violations affecting displaced people domestically and abroad, education, and scholarship on these issues.

Dr. Ranit has been at the forefront of international and national debates about the impact of COVID-19 on migrant populations, the health consequences of forced migration, and related human rights issues. Her specific areas of interest and expertise include SGBV, including FGM/C, forensic evaluations of asylum seekers, incarceration and health, and health in conflict zones.

Follow Featured Biography to know more about your favorite celebrity.