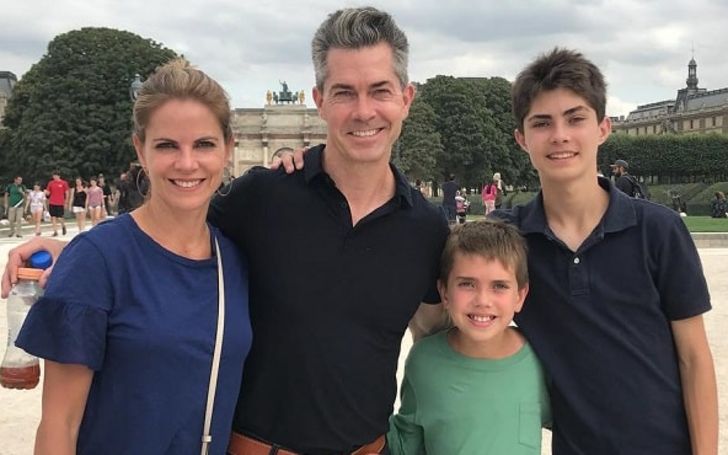 Call it the pro or a con, but whenever you are related to a celebrity, there is a high chance that you become one. The case is precisely the same as Joe Rhodes, who is best known as the husband of Today West Coast anchor Natalie Morales. While his wife is a household name in the media industry, he is no less of a man as an established businessman. Even though he isn’t in the limelight like his beau, he makes the perfect match for the NBC journalist to become a power couple. So, today we take you close to the personal life, net worth, and married life of Joe Rhodes.

When it comes to finances, Joe Rhodes has nothing to worry about considering his stable job as an investment consultant. Specifically, he gathers a whopping net worth of $1 million as of 2020. He also serves as the president of Lenny & Larry’s LLC since June 2017, which contributes significantly to his bank balance. Meanwhile, his wife, Natalie Morales, is also a multi-millionaire who possesses a colossal net worth of $16 million.

Rhodes and his beau enjoy a lavishing lifestyle thanks to their massive bank balance combined. Shortly after their marriage, the pair bought a townhouse in Hoboken, New Jersey, for $1 million. They further poured in more money to revamp the mansion-like house and expanded in 3,600 square feet in 2008. After over a decade, they put their old house in the market and sold it for $3.1 million in October 2016. Similarly, they moved to a new house in Brentwood, California.

The only reason why Joe Rhodes became famous is his wife, Natalie Morales, but it shouldn’t take anything from him and what he has achieved over the years. Talking about his career, he followed his father, also a businessman, and built a career in finance. Initially, he worked as an investment banker at Kidder, Peabody & Co.

Rhodes also worked for Union Bank of Switzerland and spent three years before joining Mergers and Acquisitions Group in investment specialist. Furthermore, his introduction would be incomplete without mentioning his partnership with Charterhouse Group Inc. Besides, he also started his own company ‘Stockton Road Capital’ and continues to look after the firm to this date.

Also See: The Net Worth and Love Life of Sage Steele.

Rhodes’s career portfolio is further strengthened as he is the president of Lenny & Larry’s LLC and a managing partner at Hummingbird Brands.

Joe Rhodes found a perfect partner in the NBC journalist Natalie Morales to accompany him in his romantic life. The two tied the knot in August 1998 in an intimate wedding ceremony in front of their close friends and family. Interestingly, his wife chose to keep her surname as Morales to make a name for herself.

Rhodes and his wife welcomed their first child, Josh, in 2005 after a difficult delivery, which caused her to go through an emergency C-section. After three years, she welcomed another child, a second child named Hudson in 2008. In fact, Joe and his beau remain pleased with the age difference between their kids, which helps them to raise both their children properly.

You May Like: Know about the net worth and love life of Hadas Gold.