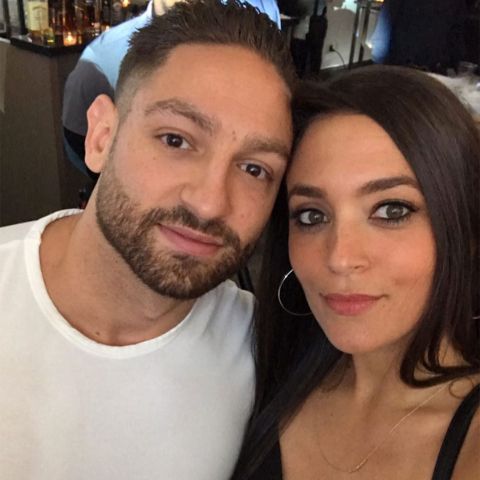 It seems that Sammi “Sweetheart” Giancola and her fiancé, Christia Biscardi, are no longer together. According to InTouchWeekly, the two have been engaging in unusual social media behavior, leading some to suspect they had broken up. Neither Giancola nor Biscardi, however, have confirmed the news.

InTouch Weekly reports that the couple may have broken up after unfollowing one other on Instagram. Biscardi is also said to have erased all of the images he had of himself and the Jersey Shore star from his Instagram account. Biscardi reportedly changed his relationship status on Facebook to “single,” adding to the speculations of a separation.

These updates should be taken with a grain of salt, as neither Giancola nor Biscardi has acknowledged the breakup. In March of this year, the pair announced their engagement. Before their marriage contract, they had been dating for two years.

The former reality star shared the news on Instagram at the time. Along with a snapshot of herself and Biscardi from when he proposed, she added, “I’m completely overwhelmed with happiness. Yesterday was the best day of my life! I get to marry my other half, best friend and soulmate. I look forward to spending the rest of my life with you @_biscardi I love you!!”.

The duo had hoped to tie the knot in 2020. They enforced postponing their wedding plans owing to the COVID-19 pandemic. US Weekly stated in April 2020 that the couple planned to marry in September 2020. However, because the pandemic continued to be a problem, they decided to reschedule the event.

As Jersey Shore fans are aware, Giancola had a tumultuous relationship with her co-star Ronnie Ortiz-Magro in the past. Although the two had broken up years before, Ortiz-Magro wished his ex all the best when he learned of her engagement. He told Entertainment Tonight in June 2020, “You know, God bless her, and I’m glad that she found happiness. I’m glad that we’ve all found happiness, you know? We’re very lucky.”