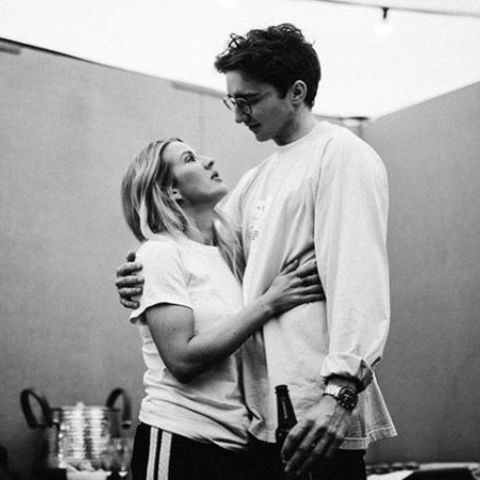 Ellie Goulding officially becomes a mom after giving birth to her first child with her husband, Caspar Jopling. The couple announced the good news via their Instagram handle on Sunday, May 02.

The new dad shared “Mum and baby both happy and healthy,” on his Instagram story, which also read, “Extremely grateful. … During this magical and personal moment, we would really appreciate being able to enjoy our privacy. Thank you!” He also added that while he would never address the public attention but with his wife’s job, he couldn’t resist sharing the magical moment in the media.

While thanking the fans for their well-wishes, Jopling made sure to let everyone know that the family of three would “really appreciate being able to enjoy” their privacy.

The award-winning singer waited to announce her pregnancy until her third trimester, which was in February. She shared the news in Vouge that she’d no idea that she was expecting while previously performing.

The Grammy nominee explained, “The thought of getting pregnant didn’t seem like it could be a reality. Becoming pregnant kind of made me feel human. I want a better word than womanly, [but] I have curves I’ve never had before. I’m enjoying it. My husband’s enjoying it.”

That’s about it for now, make sure you follow Featured Biography for more of these reads on your favorite celeb!