Jamie Erdahl is a CBS Sports correspondent based in the United States. She is presently the SEC's lead sideline reporter for CBS, working alongside Brad Nessler and Gary Danielson. Scroll down to learn more about her. 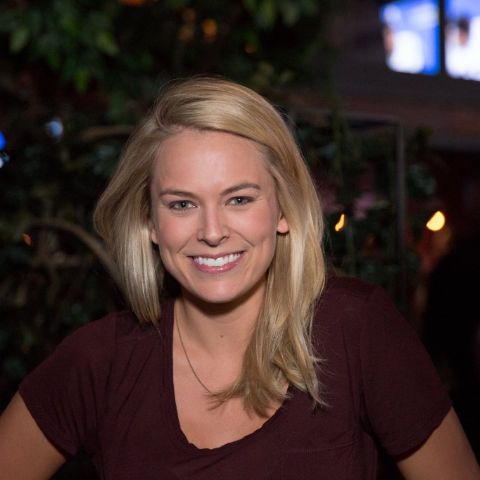 Jamie Erdahl has been a reporter for over a decade and has acquired a net worth of $1 million during that time. In comparison to studio hosts or higher-level employees, sideline reporters earn significantly less. Jamie is still a young reporter with many years of experience ahead of her, but she has already made a good living.

Similarly, an average Minnesotan earns $95 thousand each year. It’s still excellent pay. Similarly, her spouse is a former football player, and we can assume that despite his murky career history, he earned a lot of money as a pro player. Jamie and her spouse share a happy marriage.

Jamie Erdahl was already establishing a career while at university, hosting many shows, one of which was “Eye in the Eagle,” a show about men’s basketball and the university’s team broadcasted on Comcast SportsNet Washington. NESN employed Jamie in October of 2012.

The artist was named the newest member of the anchor-reporter team, and one of her many responsibilities included filling in as Jenny Dell’s sideline reporter. During the 2012 season, she covered the Boston Red Sox baseball team and their efforts. The following year, NESN hired Jamie as a rinkside reporter for the Boston Bruins and the host of NESN’s 30-minute live news broadcasts.

Other networks noted Jamie’s hard work, and later that year, she was hired by CBS Sports as the new studio presenter, contributing to various programs on the channel. In 2018, Erdahl was hired as a sideline reporter for “SEC on CBS,” She collaborates with Brad Nessler and Gary Danielson.

The reporter has since grown in popularity and has expanded her field of expertise to include other sports and shows, such as covering the NCAA basketball regular season and March Madness, which can be seen on CBS Sports and Turner Sports. She can currently be seen as a reporter on “That Other Pregame Show,” and she recently began acting as the CBS Sports lead reporter on the show “CBS This Morning: Saturday” (2019), which has made her famous on a national level.

Jamie Erdahl was born in Bloomington, Minnesota, in the United States of America, on December 3, 1988. Our efforts to learn more about her family were futile because no such information was publicly available. As a result, she is the daughter of Chris and Jim Erdahl. It is also unknown whether she has any siblings. In 2007, she graduated from Breck School. In 2009, she transferred to American University to study radio and communications.

Despite her cheery television demeanor, the 33-year-old is rather shy in real life and rarely discusses her concerns. Nonetheless, some information about her life is known. Jamie is a married woman with a child. In 2017, she married Sam Buckman, a former American football player, and current Trauma Sales Representative.

The couple began dating in 2014, and after two years of dating, the couple was engaged and married on July 23, 2017. They have since welcomed a daughter named Brooke. The happy couple took to social media after two years of marriage to announce that they were expecting a child. On July 12, 2019, the couple’s family of two became a family of three with the birth of their daughter, Brooke Marie Buckman.