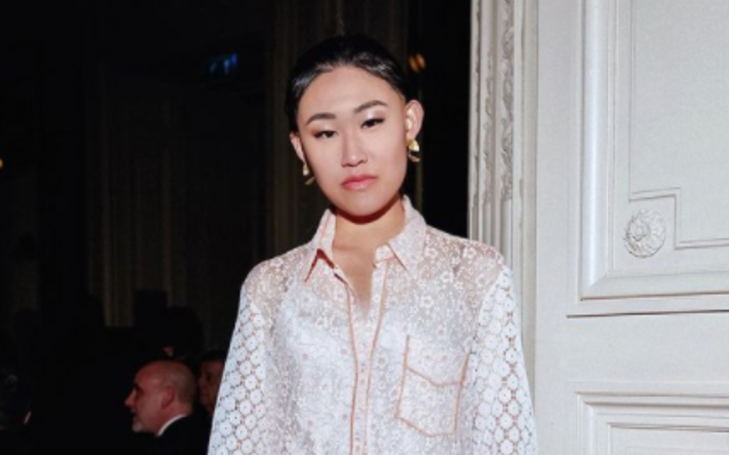 Jaime Xie is a digital content creator, a social media phenomenon, and a luxury influencer with a fashion passion. She jet sets around the globe, sparing her time between San Francisco, Los Angeles, New York, Paris, and Tokyo. This celebrity kid was inspired to share her love of high-end fashion through a self-titled blog beginning in 2015.

Does Jaime Xie Have a Boyfriend?

Jaime Xie does not have a boyfriend. She is possibly single at the moment and pursuing her career. If there is any man Jaime never gets tired of gushing about is her dad. Whichever position she is in today s because of her father Ken Xie, a Beijing-born cybersecurity tech billionaire Mr. Ken Xie plays the role of her photographer and helps her take photos.

Along with family, Jaime Xie is enjoying a luxury lifestyle with her parents in California. All in all, She currently resides in a Northern California villa, a sprawling, Spanish style, three-story property in Atherton, next to San Francisco. In addition to that, their lavish villa comprises a swimming pool, basketball and tennis courts, and spacious compound.

How Rich Is Jaime Xie?

Jaime Xie has an estimated net worth of $1 million earned from her job as a blogger and model. The average salary for a model in the U.S. is $35,000 to $1,000 per annum. In the lifetime voyage, Xie has attended a number of exclusive events hosted by Rolls Roye, LV, Gucci, Fendi, Dolce & Gabbana, Prada, and Cartier.

Before fame, she was a skillful horseback rider and traveled the nation competing up until 2015. Xie realized what she wants in life was when she waiting for “free dress” days at her uniform-required lower and middle schools.

The 23-year-old is quite popular on social media. She has amassed over 250k followers on Instagram. Moreover, Jaime created the blog “jaimexie.com” where she shares all of her looks. The starlet also mentions the brand she is donning. Besides, Xie joined YouTube on 15 April 2014 and succeed to earn 4,329,177 views. On YouTube videos, Jaime uploads unboxings, hauls, styling, food, skincare, etc.

Jaime Xie was born on November 9, 1997, to Asian-American parents. She was raised in Atherton, Northern California. Her birth sign is Scorpio; scorpions are usually loyal, honest, and secretive. Jaime has two brothers who are both competitive tennis players. Xie is the only fashionista in her family.

Xie’s style genes came from her grandfather on her maternal side, who was a successful suit designer in Taiwan. Jaime loved fashion and fond of shopping. If I may say so, Xie is often compared to the fellow fashion and luxury influencer Maria F. Rubies.