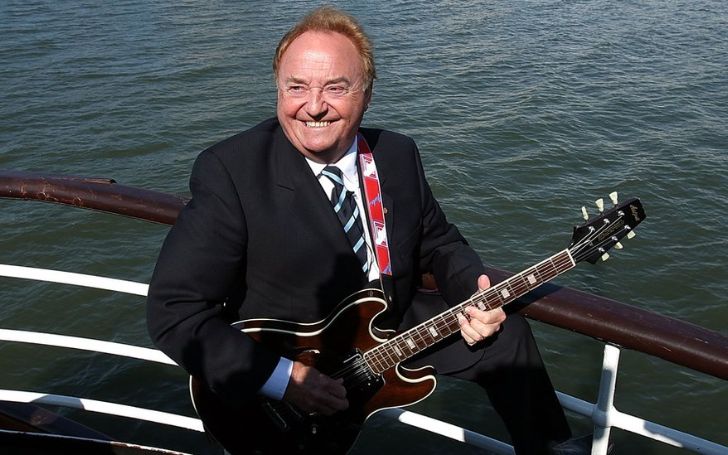 ‘Gerry and the Pacemakers’ singer Gerry Marsden recently passed away at the age of 78. He is best known for his involvement in creating a widely-popular version of Liverpool Football Club’s anthem ‘You’ll Never Walk Alone.’ His demise resulted from a short illness, which is not linked to Covid-19. His band ‘Gerry and the Pacemakers’ is considered as the second-most successful group from Liverpool, after the Beatles.

Gerry Marsden was an influential figure in the city of Liverpool, particularly among the fans of Liverpool Football Club. The rendition of ‘You’ll Never Walk Alone’ by his band ‘Gerry and the Pacemakers’ became the theme song for the club, as the Kop adopted it as their anthem.

Gerry Marsden himself was a lifelong Liverpool fan. Though he departed from this world, he will forever live in their memories while they chant YNWA for their beloved football team at Anfield. Through the good times and the bad times of the club, he will be remembered; there’s no greater tribute to him than that.

Gerry Marsden Led One of the Most Successful Bands of Merseyside

Gerry Marsden was the leader of ‘Gerry and the Pacemakers,’ which is considered one of the greatest music groups in the United Kingdom. The band became famous in the 1960s, especially in 1963 when they became the first band from Liverpool to have their first three songs top the chart. Their musical influence also reached the United States, but they did not become as huge as the Beatles there.

Gerry formed a music group named the Gerry Marsden Skiffle Group in 1956. Later, he switched to rock’n’roll when he became familiar with the works of Elvis Presley. His brother, Freddie Marsden, was also involved with the band, having graduated from playing a Quality Street tin to a full drum-kit.

‘We called ourselves the Mars Bars, and we wrote for permission to use their name,’ Freddie Marsden recalls the beginnings of ‘Gerry and the Pacemakers.’ ‘We never even thought of sponsorship then. They wrote back and told us to stop using the name.’

Also See: Find out about the Age, Bio, Wiki, Net Worth and Personal Life of Bobby Parish

Gerry and his bandmates renamed their music group ‘Gerry and the Pacemakers,’ after their pianist, Arthur McMahon, heard a sports commentator referring someone as a pacemaker.

‘Gerry and the Pacemakers’ Became a Sensational Band in the 1960s

Gradually ‘Gerry and the Pacemakers’ grew in fame and began getting national attention. Their music career really peaked in 1963, when they topped the British charts with their first three singles. Those singles were ‘How Do You Do It?,’ ‘I Like It,’ and the Rodgers and Hammerstein composition ‘You’ll Never Walk Alone.’

With the popularity of their first three hit singles, ‘Gerry and the Pacemakers’ were gaining more traction than the Beatles. They continued to dominate the top of charts until the Beatles dropped ‘From Me to You’ in 1964. As the years passed by, the Beatles became a much bigger music band – an international symbol of musical excellence in history.

‘Gerry and the Pacemakers’ never reached the level of the Beatles in the subsequent years. However, they did hold a special place in the heart of Scousers and the city of Liverpool.

Gerry Marsden wrote the band’s 1964 hit song ‘Ferry Cross The Mersey’ as a tribute to his hometown, Liverpool. It is one of the most popular songs among the people in the city and reached number eight in the charts.

Check Out: Learn about the Age, Bio, Wiki, Net Worth and Personal Life of Tammy Peterson