Jacqie Rivera is a celebrity kid, but she has had her big share of struggles and traumatic experiences in the early years. Here are all the details about her relationship status, net worth, and early life. 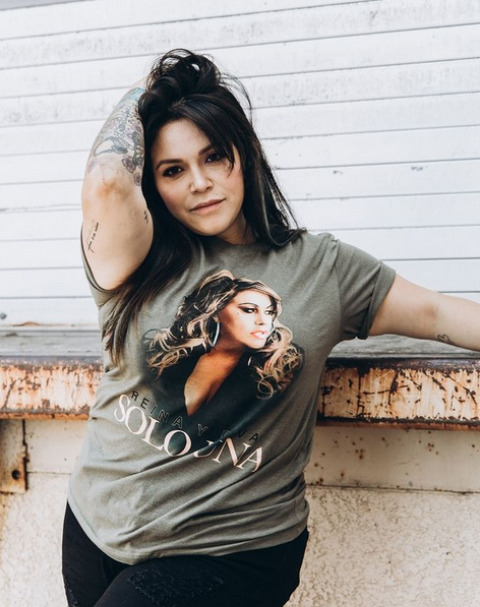 Jacqie Campos is married to Mike Campos. The two had met a few years before their marriage. After dating each other for some time, they tied the knot on November 10, 2012. The marriage was a glamorous ceremony which even aired as a one-hour television special. The pair has three children together. Their eldest is their daughter Jenavieve Campos (b. 2014), their middle child is their son Jordan Campos (b. 2016), and their youngest son, Julian Campos (b. 2020).

Jacqie’s first child is from her ex-boyfriend, Danny Yanez. The two had started dating in 2008 and broke up in 2011. Their daughter is named Jaylah Yanez (b. 2009). Furthermore, there is no information about the singer’s dating history. She frequently shares about her family life via her Instagram profile. The family resides in Whittier in Long Beach, California.

Jacqie Campos Net Worth and Career

Jacqie Campos is an actress and singer. She has had an active career since 2011 and is still actively working. Campos is known for I Love Jenni (2011), Chiquis ‘n Control (2012) and The Riveras (2016). However, she is best known for being the daughter of the late celebrity Jenni Rivera, one of the most prolific Mexican singers.

The 31-year-old debuted as a singer in 2015 with her single, I Still Believe. Her most noteworthy performances are Good Day Los Angeles in 2013, The Real in 2017, and The Riveras from 2016 to 2019. She made appearances on the television show Jenni Rivera Presents: Chiquis & Raq-C and its spin-off show, I Love Jenni.

The actress is a Christian; hence, in 2013, she designed a Christian T-Shirt line. At the time, she had joined hands with the Christian brand NOTW. In the reality show, The Riveras she appeared along with her siblings. As for her net wealth, the celebrity kid has not revealed any information about it, but according to the sources, her estimated net worth is $300,000.

Jacqie Campos was born on November 20, 1989. She was born and raised in Long Beach, California, USA. Her full name is Jacquelin Melina Marin Rivera. She was born to the late Jenni Rivera and Trino Marin. Her late mother, Jenni Rivera, was a Mexican-American singer-songwriter, actress, spokesperson, fashion designer, T.V. producer, and entrepreneur. She passed away in a plane crash in 2012.

After the singer’s mother’s divorce from her dad, her mother re-married two times. From her mother’s second marriage to Juan Manuel Lopez Pardo, she has two half-siblings: her younger half-sister, Jenicka Lopez, and her younger half-brother, Johnny Lopez.

As for her academics, the California-born studied at a local high school in Long Beach, California. There is information on whether she pursued a college degree or not. Her childhood had been very traumatic for her. She was sexually abused at a very young age. She also became addicted to drugs for a long time. At just the young age of 15, she became pregnant with her first child.