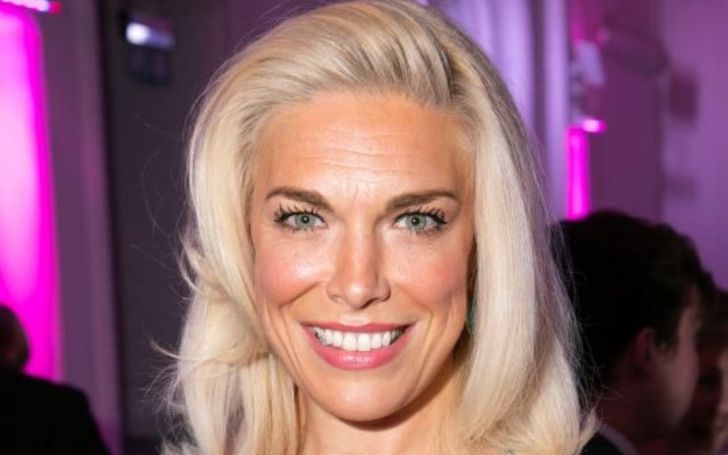 You may have known Hannah Waddingham as an all-rounder English actress as well as a singer. She’s a talented award-winning artist who’s best known all over for her contribution to the West End musical theatre. Her most recent works include performing in The Wizard of the Oz as the Wicked Witch of the West and Sept Unella in HBO series Game of Thrones. So, here we get to know some of her personal facts like net worth, career, and relationships.

Stage actress, Hannah Waddingham surely doesn’t have anything to worry about when it comes to finances credit goes to her well-stable musical and theatre career. As of 2020, Waddingham has a net worth of $5.5 million.

Within the span of two years from 2018, Hannah’s had a whopping rise in her income. According to Trend Celeb Show, her estimated net worth (2018) was approx. $1 million. Her current wealth lets her live a luxurious lifestyle around all sorts of modern amenities.

Being born in a musical family itself was a kickstart for Hannah’s journey in a musical career. However, after graduating from The Academy Of Live And Recorded Arts, her performance in Spamalot as the lady of the lake rose her to the limelight. Followed by other famous acts named her one of the successful artists in London theater.

Myriad of musical theater acts like Night Music, Trevor Nunn’s earned her nominations for The Oliver Award and gained outstanding reviews. That didn’t stop Hannah, as she further continued her work on well-known movies like The Wizard of Oz, Kiss Me, Kate, etc.

You may also like: All to Know About Actor Brett Goldstein

Speaking of her recent present-day works, we cannot miss her role in the famous telly-series Sex Education(2019-), Krypton(2018), 12 Monkeys (2017). Besides these, she’s also appeared in successful movies like The Hustle that grossed ($97.9 million), Les Miserables that grossed($441.8 million), and many more.

Finally, about Hannah Waddingham’s personal life, she is in a happily committed relationship with Gianluca Cugnetto, manager of the Hotel du Vin in Brighton. Even though they haven’t tied the knot yet they do enjoy a successful relationship of 8 years.

The two of them share a lovely daughter named Kitty born on 2014. Even after going through hardships of low fertility, Hannah was blessed to a princess-like kitty. They have a perfect family and are in content with their relationship.