Ellie Bamber is a model and actress who has made a remarkable career at a very young age. Down below are the details on her relationship status, net worth, and early life. 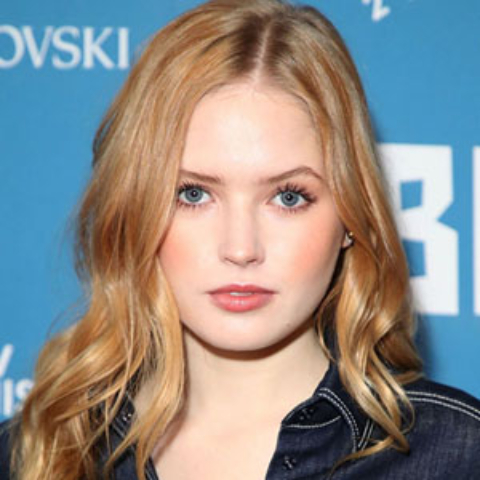 Ellie Bamber is not public about her romantic life. Thus, there is very limited information available about her dating life. While the young star is currently single, she has dated some really good-looking men in the past.

The British actress has dated Richard Madden, a Scottish stage, film, and television actor. The two dated each other from 2017 to 2019. While the ex-couple never revealed their relationship with the public and neither confirmed the rumors, they were frequently spotted together holding hands.

Before her relationship with Richard, she was in a romantic relationship with Douglas Booth, also a British actor. It’s rumored that the two had dated in 2015, but there is no further information on it. Currently, the actress is single and focused on her career.

Ellie Bamber Net Worth and Career

Ellie Bamber started her career at a very young age. The now 24 years old model began her career at the ‘London Player’s Theater Company’ at 12. The young actress is notable for her roles in The Lady from the Sea, Nocturnal Animals, Les Misérables, and The Trial of Christine Keeler. She also appeared in a music video of Shawn Mendes in 2017.

The 24-year-old has been a part of movies: The Falling, Pride and Prejudice and Zombies, Bring Back the Cat, Nocturnal Animals, The Nutcracker and the Four Realms, High Resolution, The Seven Sorrows of Mary, Extracurricular Activities, and The Show and Television Series: A Mother’s Son, The Musketeers, The Fashion Fund, Les Miserables, The Trial of Christine Keeler, The Serpent and Willow.

The actress has acted in many theatrical shows: The Lady from the Sea, High Society, and Aspects of Love. She has also worked with various editorials such as Es Magazine Evening Standard, Chanel, Elle Uk. In 2018, Bamber won third prize at the Ian Charleson Awards for her 2017 performance as Hilde in The Lady from the Sea.

As for her total assets, the actress has not disclosed her properties to the public. However, owing to her dynamic career that she started very early, the young star is already living a much-fulfilled life at the young age of 24. According to the sources, she has an estimated net worth of $300,000. She boasts about 200k followers in her Instagram account.

Ellie Bamber was born on 2 February 1997. She was born and raised in Surrey, England. She has a younger brother named Lucas Bamber. Except for her brother’s, her parents’ names are not known. She mentioned that her father taught her to cook and that her mother is a very chill and down-to-earth kind of person and is not fussy about anything.

Eleana attended a preparatory school, Hawley Place School in Hawley, Hampshire. She also attended Eagle House School. She did her college studies at Wellington College, where she was awarded a drama scholarship. When she was younger, the young beauty did not always enjoy school but enjoyed being on stage or acting. Growing up, she used to do a lot of skateboarding down the country lanes. Ellie had a very lovely upbringing.