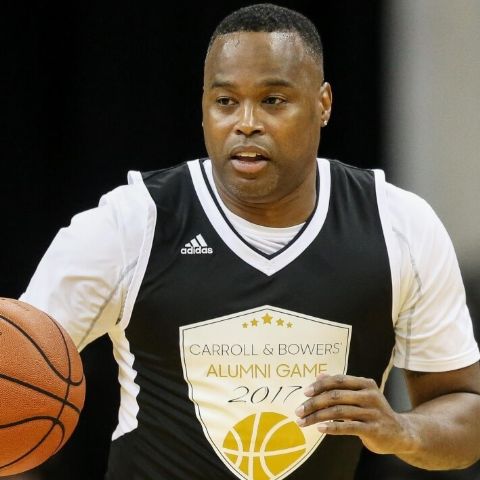 The salary cap for NBA players is close to $100 million, though no player currently earns even close to that. The top players make around $35 million a year. Outside of the NBA, minor league teams can earn as little as $20,000 per year. So it is estimated that he made a similar amount.

In 2018, Devin Booker became NBA professional basketball player and had signed the richest contract ever for a Phoenix Suns player. According to Spotrac, his total career earnings by the end of 2021 is around $65,032,653. Furthermore, Forbes estimates that the shooting guard earned $6 million in 2021 solely from endorsements. According to Forbes, he is the 62nd highest-paid athlete in the world.

In 2019, the point guard was a highly sought-after sneaker-free agent, allowing him to sign a lucrative contract extension with Nike. The player’s son is known for his desire to give back to the community. After working with the Sun’s charities board of directors, the NBA star pledged $2.5 million to five non-profit organizations. During the COVID-19 lockdown, he also donated $100,000 in and around Phoenix and ran a fundraising campaign to help the community.

Melvin Booker was a point guard for the University of Missouri and was a basketball team member. In Moss Point, Mississippi, he was a standout high school player. He was named his class’s player of the year after averaging 28 points per game as a senior. Despite this, none of the region’s major four-year institutions recruited him.

The athlete chose Missouri after catching the attention of the school during previous recruitment run through the area. While scouting fellow Mississippi standouts Litterial Green and Chris Jackson, Missouri assistant coaches noticed him. Booker was named Big Eight Player of the Year in 1994 after leading Missouri to a 14–0 conference record and an Elite Eight berth.

In 1993 and 1994, Melvin was named to the All-Big Eight team, and as a senior in 1994, he was a first-team All-American, averaging 18.1 points and 4.5 assists per game. In 1999, he was inducted into the intercollegiate athletics Hall of Fame at the University of Missouri. Despite his achievements, Booker was not selected in the NBA draft in 1994.

During the 1995–1996 season, he played 32 games for the Houston Rockets and the Denver Nuggets and Golden State Warriors during 1996–1997 season. In 2008, he retired from professional basketball and returned to Moss Point, Mississippi, with his son to assist him in becoming a successful basketball player. In 2011, Booker was hired as an assistant basketball coach at his alma mater, Moss Point High School.

Melvin Booker’s Son, Devin Booker, graduated from Moss Point High School in Mississippi with a bachelor’s degree. He earned a bachelor’s degree from the University of Kentucky. Devin played in the 2014 McDonald’s All-American Game as a member of the college basketball team. He was the second-leading scorer in the exhibition, scoring 16 points against the University of Pikeville in his first game.

The player then set a new season-high with 19 points on 7-of-8 shooting in the next game against Texas-Arlington. The Phoenix Suns chose Devin in the 2015 NBA Draft. He averaged 15.3 points, 1.7 assists, and 4.9 rebounds in seven consecutive Summer League games. After one year of college basketball, he became the first player in NBA history to enter the league professionally at the age of 18.

The NBA player set a season-high with 21 winning points in a 142–119 victory over the Sacramento Kings in 2016. In 2018, he will have surgery to treat his right hand’s metacarpophalangeal joint. At the age of 19, he became the third player in the National Basketball Association’s history to record a 30-point game.

Devin was named to his first NBA all-star team in 2020. For the first time since the 2009–10 season, he helped the Suns to an 8–0 record and an eight-game winning streak. He was nominated for the Seeding Games MVP award for his outstanding performance.

Melvin Booker was a point guard for the Los Angeles Lakers in the NBA. Booker was born in Moss Point, Mississippi, on August 20, 1972. He is a 185-pound man with 6 ft 1 height. His ethnic background is African American. Not much is known about his education, and information regarding his parents are also unknown.

Regarding his relationship, the point guard met his girlfriend and the mother of his son, Veronica Gutiérrez, while playing for the Grand Rapids Mackers in the 1995–1996 CBA season. Devin Booker, their son, was born after the two became close. Gutierrez would take care of their son Devin while playing pro basketball in Europe and Asia, and the two never married.