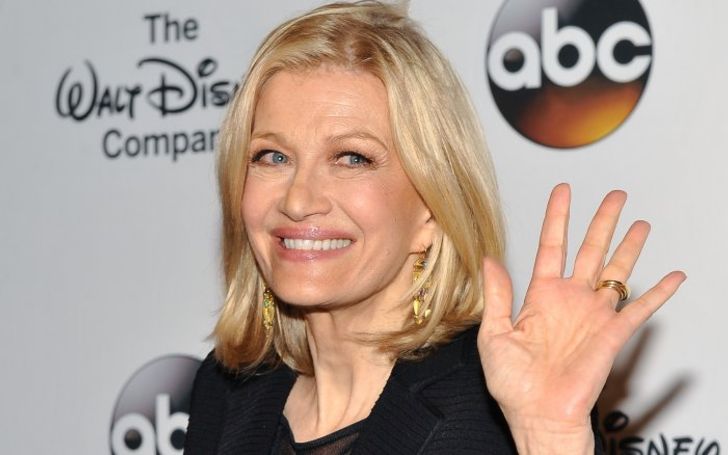 Diane Sawyer is the perfect example of an empowered woman who dedicated her career to the field of journalism. The 74-year-old might not be as active as she used to do in the past, but she hasn’t retired completely. The American journalist is best known for anchoring major programs on reputed networks like ABC World News Tonight, Good Morning America, 20/20 and Primetime newsmagazine. Thanks to her extensive involvement in several fields, Sawyer not only amassed a significant net worth but also got accustomed to global fame. So, today we take you close to her net worth, married life, and career details.

When it comes to finances and earnings, there isn’t much about Diane Sawyer has to worry about thanks to her more than five decades-long career in journalism. Specifically, she amasses a whopping net worth of $20 million as of June 2020. With such substantial net worth, she enjoys a lavishing lifestyle in her mid-seventies.

Sawyer is best known as the anchor of ABC World News Tonight and Good Morning America in ABC News. Similarly, she hosted CBS Morning and became the first woman correspondent on ’60 Minutes’ in her tenure at the CBS network. She embarked her career way back in 1961 after her academics as a weather forecaster for WLKY-TV. Interestingly, she found the job boring and became an assistant to Jerry Warren in the White House deputy press secretary. She worked under President Richard Nixon‘s staff and assisted in the post-presidency memoirs. She joined the ABC News to co-anchor Primetime Live newsmagazine alongside Sam Donaldson. Likewise, she co-anchored ABC’s 20/20 newsmagazine from 1998 to 2000.

You May Like: The Net Worth and Married Life of Charles Payne.

While she left anchoring ABC World News on August 27, 2014, she still continues to serve the network as a special contributor. Thanks to her impressive performances, she won multiple Emmy Award, Peabody Award in 2009, and an honorary Doctorate of Letters from Brown University in 2012.

The 74-year-old is currently a widow as she lost her husband a few years ago. The ABC contributor Diane Sawyer first tied the knot with film and theater director, producer, and actor Mike Nichols on April 29, 1988. They had an intimate wedding ceremony in front of close friends and family. However, the two didn’t welcome any children to embark upon a family. That might be because her husband already had three children, two daughters, and a son from his past marriage. Sawyer faced a massive heartbreak in 2014 when she lost her husband at the age of 83.

As she used to be active in the dating game before her marriage, Nichols wasn’t Diane’s first love. In the past, she dated Frank Gannon, the aide to President Nixon. Similarly, she also had a short-term affair with American diplomat Richard Holbrooke.

Talking about the early life of Diane Sawyer, she was born in Glasgow, Kentucky to parents Jean W, an elementary school teacher and Erbon Powers Sawyer, a county judge. Surprisingly, her ancestry is diverse as it includes English, Irish, Scots-Irish, and German. Shortly after her birth, she moved to Louisville with her family, where her father rose to fame as a politician. Unfortunately, Kentucky’s Jefferson County judge lost his life through a car accident in 1969.

For education, Sawyer attended Seneca High School in Louisville itself, where she served as an editor-in-chief for the school newspaper, The Arrow. Sadly, she always felt insecure and a loner as a teen as she thought she was in her elder sister, Linda‘s shadow. The diva won the title of America’s Junior Miss Scholarship pageant in her senior year, in 1963. The ABC journalist graduated with a Bachelor of Arts degree with a major in English from Wellesley College in 1967.