Skip to content
Home » Entertainment » Who are Garth Brooks’ Daughters? Find Complete Details on His Family Here Below

Who are Garth Brooks’ Daughters? Find Complete Details on His Family Here Below 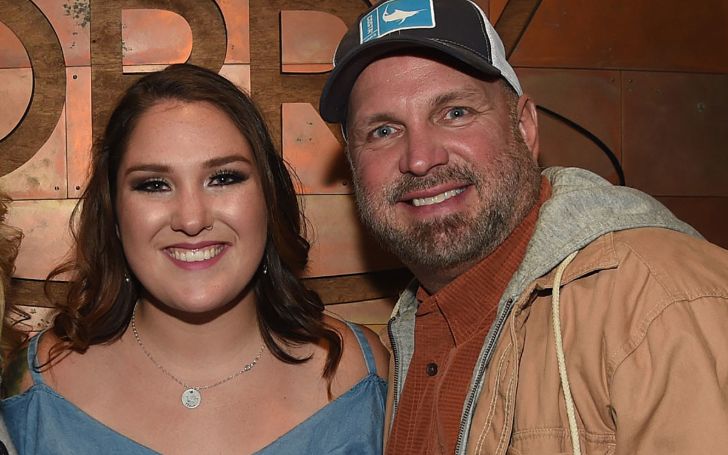 Troyal Garth Brooks, an American country music artist, is one of today’s most popular performers, having broken many music industry album sales records. According to the RIAA, he is the “second best-selling solo album artist in the United States of all time,” after only Elvis Presley.

Almost all of his albums charted in the top ten, and his records have sold in the millions. Brooks has become the face of country music and is one of the music industry’s most successful musicians. No one in the history of country music has ever gotten as far as Brooks has.

Garth Brooks met and married Sandy Mahl, his first wife, in 1986, before he was even a celebrity. Before divorcing in 2000, the college sweethearts had three daughters. According to People, the “If Tomorrow Never Comes” singer’s girls are “the greatest joy and the greatest heartbreak” he’ll ever experience.

Taylor Mayne Pearl Brooks, August Anna Brooks Russell, and Allie Colleen Brooks Roberts, Garth’s daughters, are all making their mark and providing joy to others in their distinct ways today. The daughters of Sandy Mahl and Garth Brooks are fortunate to have three parental role models. Brooks temporarily stepped away from his country music career in 2000 to focus on his family, stating that he would not return until his youngest daughter finished high school.

While on vacation in Maine, Mahl became pregnant with their first child. Taylor Mayne Pearl Brooks was born on July 8, 1992, at Baptist Hospital in Nashville. She was given the names James Taylor, Minnie Pearl, and the state where she was born. Taylor majored in history at Oklahoma State University from 2010 to 2016. She graduated in May 2016, according to her social media accounts.

The Brooks family’s eldest daughter is relatively quiet, yet she shares amusing and cute flashback images from her youth. She also assisted her family with a Habitat for Humanity build in 2019. Taylor is presently enrolled in seminary at Vanderbilt University, earning a Master’s degree in Theological Studies.

Garth Brooks became a grandfather in July 2013, when August Anna Brooks Russell gave birth to daughter Karalynn with her then-boyfriend Chance Michael Russell. They married after high school and welcomed their second daughter, Gwendolyn, into the world in December 2016. Garth is overjoyed to have a baby granddaughter. Sandy told Radar after Gwendolyn arrived, “She’s lovely, healthy, and wonderful.”

Allie Colleen Brooks Roberts is a young country singer-songwriter who graduated from Nashville’s Belmont University. Garth made Allie vow not to work in the music industry until she completed her college education. So far, Allie is the sole daughter to carry on her parents’ musical legacy.

The Brooks family’s youngest daughter married Jonathan Roberts, a physical education teacher from Tennessee. On October 6, 2018, the pair married at Garth’s estate in a chapel he built with his pals. Stones, her debut full-length album, was released in April 2021.