Francesca Capaldi is a well-known American child actress best known for her role as Chloe James in the Disney Channel sitcom 'Dog with a Blog.' Francesca Capaldi was also in the independent film '3 Day Test.' 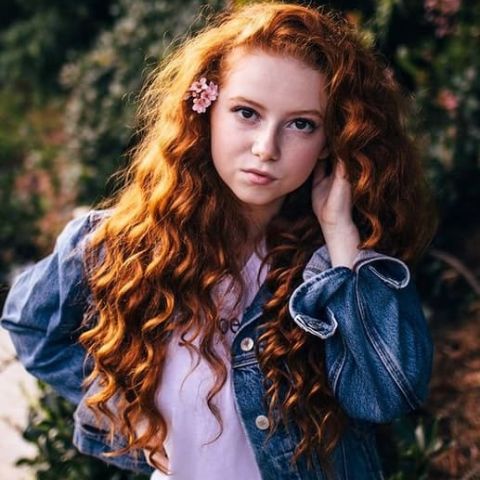 Francesca Capaldi is a young and talented actress who would undoubtedly make a lot of money from her career. Her fortune is immense. Capaldi has a net worth of $400,000, which includes all of her savings and all of the acting jobs she has taken up to this stage.

Similarly, she is popular on TikTok, with over 498.9K followers and 77.7K likes. Her official Facebook page now has over 138K fans. Francesca has also made her Gmail address, [email protected], available for business inquiries.

Francesca Capaldi began acting at the age of one. She started her career with small roles in the Disney Channel Original Series ‘ A.N.T. Farm‘ and the C.B.S. sitcom ‘How I Met Your Mother .’ She played a 7-year-old Lily, who was played as an adult by Alyson Hannigan. Capaldi also appeared in the pilot for ‘The Goodwin Games.’ She also appears in Corbin Bernsen‘s independent film “3 Day Test” and her Disney Channel series-regular debut, “Dog with a Blog.”

In 2015, she started her voicing career as the Little Red-Haired Girl in the film ‘The Peanuts Movie.’ Furthermore, in 2019, Francesca appeared in the Brat Tv web series “Crown Lake” as “Nellie,” a bullied high school girl.

The actress is a friendly and bubbly child artist in addition to being a hugely popular child artist. However, all of the love, affection, and adoration showered on her at such a young age does not make her arrogant; instead, she remains modest and enthusiastic about her work.

Francesca has a YouTube channel called ‘Francesca Capaldi.’ On November 14, 2015, it was created where she does some challenge videos, tutorials, and other fun stuff there. She is also active on Instagram, Twitter, Facebook, and TikTok, among other social media sites.

On June 8, 2004, Francesca Capaldi was born in La Jolla, California, and now lives with her parents in Carlsbad, California. Her full name is Francesca Angelucci Capaldi. Francesca is a lovely young lady with a strong personality who stands 5 feet tall and weighs approximately 44 kilograms. Gina and Anthony Capaldi, both of Italian descent, give birth to her. Her family also gave her the nickname France.