Estelle Lefébure is an actress and model who has been in the spotlight since her teenage years and continues to do so. Here are more details about her relationship, personal life, and net worth. 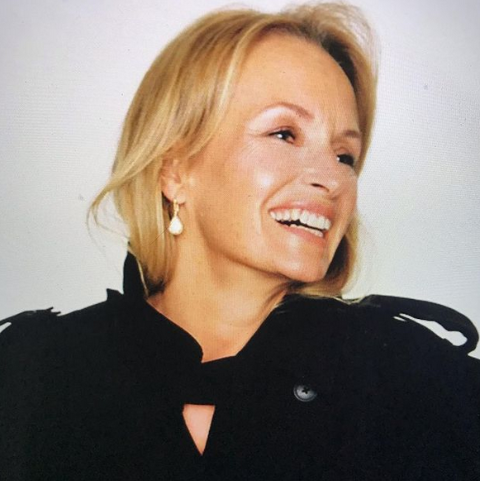 Estelle Lefébure’s love life has been full of ups and downs. She has been married twice. On September 15, 1989, the actress married David Hallyday, a French singer-songwriter, for the first time. They have two daughters together.

On May 17, 1995, the two had their first girl named Ilona. On September 13, 1997, they became parents to their second daughter, Emma. They decided to separate after a little more than a decade of marriage. They divorced in 2000, the reason for which was not disclosed. Even after their divorce, the ex-couple is still on good terms.

The model then remarried for the second time to a Moroccan-born TV and radio host known by his stage name, Arthur. The two married on February 12, 2004, but their marriage did not last as long as the French model’s first. In April 2008, they divorced. They have no children together.

Estelle also has a son who was born out of wedlock. She gave birth to her son Giuliano on November 29, 2010. She shares her son with her romantic partner, Pascal, a restaurateur. It’s unclear if she’s still in a romantic relationship with Pascal. The French actress is currently residing in France with her children. She frequently shares their photos with the rest of the world via her Instagram account.

Estelle Lefébure is a French model and actress. She is well-known for her roles in films such as Frontier(s), Chrysalis, and All About Actresses. She was also a top fashion model in the 1980s and 1990s. After appearing in the first Guess (clothing) campaign in the early 1980s, the now 55-year-old gained national recognition in France.

In her late teens, Estelle was discovered as a model by Prestige Models, a modeling agency in Paris, France. She worked with it for a long time before moving on to American Model Management, a New York-based agency. Lefébure has appeared on American Vogue, and American Elle‘s covers several times. She has also appeared in advertisements for Guess?, Cartier, Christian Dior, Revlon, Lord & Taylor, and Samsung over the years.

The model has also dabbled in acting. Her first film role was in the French comedy film Grosse Fatigue in 1994. She has since appeared in many other films, including Absolument fabuleux, Cavalcade, Mae West, Otages, Chrysalis, and Crossing Lines. Aside from acting, the now 55-year-old has also done singing. She sang on the soundtrack of the Comedy Drama Le bal des actrices film, the song “La pomme,” and did a duet with Maïwenn Le Besco.

The French model first appeared on the coveted Sports Illustrated Swimsuit Edition in 1993, an issue that is a favorite among SI fans. People magazine named her one of the “50 most beautiful people” in 1994. She competed in the third season of Danse avec les stars in 2012. The actress has not revealed her net worth, but based on her long career and the variety of works she has done, it is estimated that her net worth is $900,000, according to sources.

Estelle Lefébure was born on May 11, 1966. Her parents raised her in Rouen, France. There is no information available about them that she has shared. So far, she has kept her family members out of the spotlight.

Lefébure hasn’t revealed anything about her academic credentials. She studied in France, but it is unknown if she stopped her studies from pursuing a modeling career. She began her modeling career when she was in her late teens. She signed her first modeling contract with Prestige Models, a Paris-based agency.