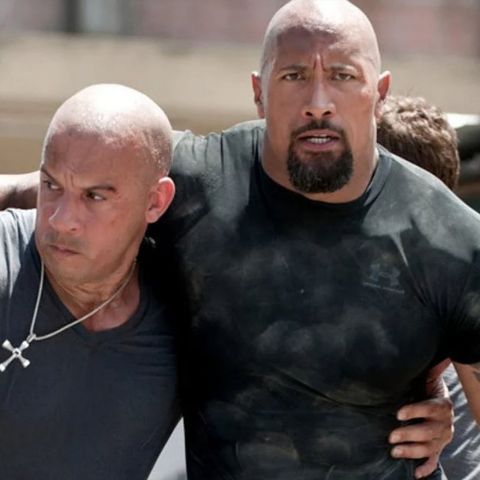 Despite Vin Diesel‘s Instagram request for Dwayne “The Rock” Johnson to return to the Fast & Furious franchise, Johnson has stated that he would never play Luke Hobbs again. Johnson was questioned about the rumors that he would return to the franchise in a recent interview with CNN, as well as Diesel’s very public perspective on the subject.

According to Johnson, Diesel’s comments exacerbated their long-standing feud. “Vin’s last post caught me off guard. When Vin and I finally met in person this past June, rather than through social media, I told him frankly – and confidentially – that I would not be returning to the franchise.”

“I was strong but gracious in my statements, saying that I would always be supportive of the actors and root for the franchise’s success, but there was no way I would return. I also spoke privately with my Universal colleagues, all of whom were very supportive because they understood the problem,” Johnson said.

Johnson was not only irritated that Diesel addressed the subject on social media, but he also had concerns with the points Diesel chose to emphasize in his post. Johnson added, “Vin’s recent public post was an illustration of his deception.” “I didn’t appreciate how he brought up his children, as well as Paul Walker’s death, in the article. They should be kept out of it. We had discussed this for months and had reached an agreement.”

Johnson expressed his gratitude for the series and his fellow Fast cast members. “My objective has always been to conclude my great adventure with the Fast & Furious franchise with appreciation and grace. It’s regrettable that this open discussion has muddied the waters “According to Johnson. “Regardless, I have faith in the Fast world and its capacity to continually deliver for the audience, and I wish my former co-stars and crew members the best of luck and success in the next chapter.”

Johnson first appeared in the Fast & Furious franchise in 2011 with Fast Five and was most recently featured in the 2019 spinoff Fast & Furious Presents Hobbs & Shaw. Diesel made his incendiary Instagram post on November 7th, coupled with a distorted screenshot of the two of them from the flick. “Dwayne, my little brother… the moment has arrived,” Diesel wrote. The world is waiting for the conclusion of Fast & Furious 10.

”In my house, my children refer to you as Uncle Dwayne, as you are aware. There isn’t a holiday that they and you don’t send well wishes on… but the moment has arrived. Legacy is what awaits. I told you years ago that I would keep my pledge to Pablo. I vowed we’d achieve and actualize the greatest Fast in the end, which is 10! I say this with love… but you must show up, do not abandon the franchise; you have a vital part to perform. Hobbs can’t be performed by anyone else. I hope you step up to the plate and realize your destiny.”

Stay updated on Follow Featured Biography to stay up to date.