From being a football player to an actor and YouTuber, Devale Ellis’ career has seen a complete turnabout. Here are the details about his relationship status, net worth, and early life. 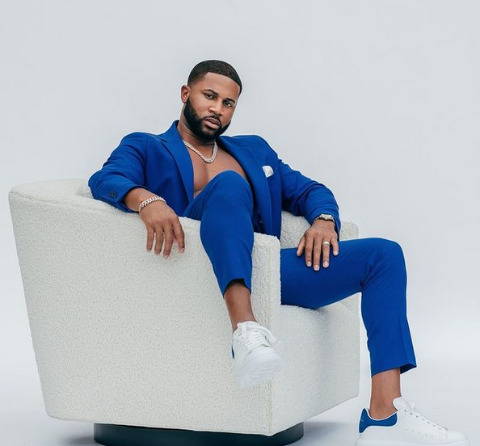 Devale Ellis is a family man. He is married to his childhood friend turned girlfriend, Khadeen Ellis. The two have known each other since high school and have been together since their college days. They tied the knot on July 4, 2010.

The couple is proud parents to three sons: Jackson, Kairo, and Kaz. Jackson was born in 2011, Kairo in 2016, and Kaz in 2017. The pair are also expecting their fourth child to arrive this fall, 2021. They are hoping for a daughter this time.

Devale frequently shares pictures of his wife and children in his Instagram profile. He often expresses how happy he feels spending time with his family. The actor lives a bi-coastal life, residing in California and New York with his wife and sons.

Devale Ellis Net Worth and Career

The actor has appeared as a series regular in the Netflix series, It’s Bruno!, and in the recurring role of Ken on Bigger. He also appeared in guest-starring roles on popular hit TV dramas such as Power, The Mysteries Of Laura, Gotham, and The Breaks and played his first supporting role as Tommy in the award-winning feature film, Full Circle.

Along with his wife, the actor co-handles their YouTube channel ‘The Ellises’ in which they showcase their family vlogs and skits. The couple has their own Webby award-winning podcast ‘Dead Ass’ in which they discuss love, marriage, parenting, business, share stories, and everything in between from a millennial perspective.

The YouTuber is also the President and CEO of the New York-based organization Elite Prototype Athletics which he co-founded along with his brother. The organization educates and trains student-athletes to encompass the tools needed to succeed in life on and off the field. From looking at his career timeline, it has been assumed that Ellis has amassed a massive fortune. Although his net wealth is not revealed, according to the sources, he has an estimated net worth of $300,000.

Devale Ellis was born on April 2, 1984, in Brooklyn, New York, United States. While Ellis frequently shares pictures of his wife and children, he has rarely shared about his parents and siblings. Thus, there is little to no information about them. The former football player revealed that his parents were traditional, emphasizing working hard, studying hard, and getting a good pension.

The now 37-year-old completed his high school at James Madison High School. He attended Hofstra University and graduated with a Bachelor of Arts in Speech Communication, Rhetorical Studies & Performance. The Brooklyn man used to play football and basketball since his high school days. In his senior year at high school, he lit up the Public School Athletic League. In University, where he was a teammate of New Orleans Saints wide receiver Marques Colston.