Dan Bilzerian is a social media celebrity and gambler from the United States who is best known for his extravagant lifestyle. Know more about his lifestyle down below. 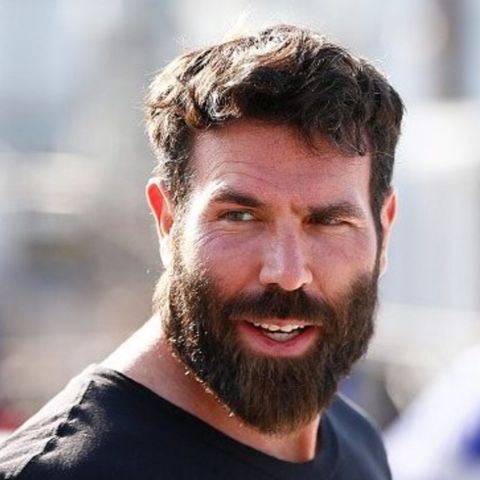 Dan Bilzerian holds a $200 million-plus net worth collection as a venture capitalist, actor, and gambler from the United States. He became well-known around the world as a result of his large social media following. On Instagram alone, he has over 32.4 million followers. Dan constantly shares photos and videos of his extravagant lifestyle on social media.

The actor spent the last ten years of his life in the Hollywood Hills, Bel Air, and Las Vegas. Dan’s primary residence for tax purposes is in Las Vegas, Nevada. He paid $4.1 million for a 5-bedroom home in Summerlin South in 2014. He sold that house for $5.1 million in 2017 and then spent $10 million on a new home nearby.

The handsome gambler reportedly paid $50,000 per month to rent a massive four-story, 12-bedroom Bel Air mansion in 2018. He previously rented a home in the Hollywood Hills for $39,000 per month. There’s a two-lane bowling alley, a wine cellar, a movie theater, a sports room, and five bars in his new mansion, which he wants to feel like a nightclub.

In 1999, Dan Bilzerian enlisted in the Navy. After completing two hell weeks of SEAL training in 2000, Bilzerian was kicked out of the program a few weeks before graduation due to a disagreement with one of his administrators. According to reports, the quarrel stemmed from a gun range safety violation. Dan enrolled at the University of Florida after leaving the Navy, majoring in Criminology and Business.

The artist began playing poker professionally in 2009 when he was 29 years old. At the 2009 World Series of Poker Main Event, he came in 180th place. This would prove to be his most lucrative officially sanctioned poker tournament. His winnings totaled more than $36,000. Dan is now regarded as a skilled poker player. Though he has only won a few million dollars in sanctioned events, he claims to have won millions, if not tens of millions, in private affairs.

The capitalist is said to have won $12.8 million during one, particularly legendary event. At stakes ranging from $5,000 to $10,000, Dan won $10.8 million in a single game of heads-up, no-limit hold’em. After winning, he immediately flew to Mexico in a private jet to celebrate. Bilzerian claims to have won $50 million playing poker in just one year, 2014. Dan has also lost more than $3 million on at least three occasions. He is the co-founder of Victory Poker.

The gambler has also appeared in the films “Olympus Has Fallen,” “Lone Survivor,” “The Other Woman,” “Extraction,” “The Equalizer,” “Cat Run 2,” and 2016’s “War Dogs,” in addition to his poker playing.

Dan Bilzerian eventually sued the Lone Survivor producers, alleging that he had loaned the company $1 million in exchange for at least 8 minutes of screen time and 80 words of dialogue. In the film’s final cut, his role was reduced to less than a minute, with only one line of dialogue. His lawsuit sought $1.2 million, which included the original loan amount plus 20%. It was later dropped because Dan had received so much attention over the issue, and he reportedly made $1.5 million on his investment due to the film’s success.

In August 2014, Dan was barred from a Miami nightclub after kicking model Vanessa Castano in the face during a brawl. Vanessa and another woman, Dan claimed, had assaulted his girlfriend. Castano filed a $1 million lawsuit against Dan for her injuries.

The actor was involved in a lawsuit with pornographic actress Janice Griffith later that year. As part of a photoshoot for Hustler, he allegedly threw her off a roof and into a pool. When she fell short of the collection and collided with the edge, she broke her foot. She demanded $85,000 from Bilzerian for her injuries, which he turned down. Griffith then sued both Hustler and Bilzer for defamation.

The 40-year-old was arrested at LAX Airport in December of the same year on bomb-making charges. His charges were dropped the same day, and he was released. Dan pleaded no contest to a charge of “negligently failing to extinguish a fire in the open” in February 2015. He received a fine of $17,231.

Dan Bilzerian was born on December 7, 1980, in Tampa, Florida. In the 1980s, Dan’s father, Paul Bilzerian, was well-known private equity and corporate takeover specialist. Dan’s father is Armenian, so he has Armenian ancestors. Paul Bilzerian had amassed a self-made $40 million fortune by the time he was 36 years old. Unfortunately, Paul was charged with tax and security fraud in 1988.

In 2001, the elder Bilzerian filed for bankruptcy, claiming only $15,000 in assets and more than $140 million in debt. Terri Steffen is Dan’s mother’s name. He has an older brother, Adam, who is also a poker player. The family had the largest home in Tampa, a 28,000 square foot mansion with ten bedrooms. After Paul fled to the Caribbean to avoid arrest, the house was foreclosed on in 2016. Before their father’s indictment, he allegedly established trust funds for Dan and Adam.