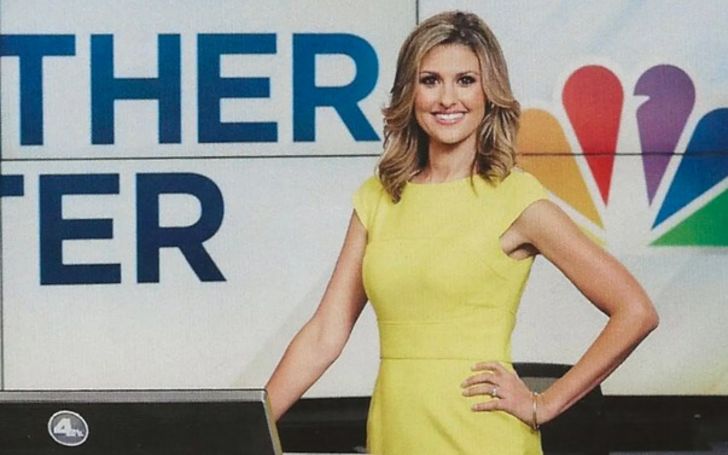 Crystal Egger is an American journalist who works as a weather reporter at Monarch Weather Consulting. She has served many years in the field, working for NBC News, The Weather Channel, KDVR – FOX31 Denver, and NIFI News Group. The talented reporter has toiled for years to reach this level and thoroughly deserves all she has today. So, let’s dive deep into the article below!

What is Crystal Egger’s Marital Status? Does She Have Kids?

To everyone wondering about Crystal Egger’s relationship status, she is a married woman and has been in nuptials for a long time. However, the details regarding her partner are not learned yet.

From her marital relationship, she shares two daughters with her spouse. Her two adorable kids often appear on her social media. However, she has never posted any pictures of or with her husband. Well, everyone has their preferences.

Most of the time, Egger is busy preparing and anchoring her job, but in her spare time, she prefers spending time with her family at home or occasionally traveling various places. The former The Weather Channel meteorologist shares pictures and videos of her works and life on her Facebook, Instagram, and Twitter.

Crystal Egger’s Net Worth And Career

Crystal Egger has a net worth of $2 million as a journalist for many years. For someone who has been continuously working as a meteorologist, reporter, and anchor for over fifteen years, she is sure to make a hefty salary.

In her celebrated career, she worked as KIFI News Group as a weather anchor and reporter from 2004 to 2006. After that, she worked at KDVR – FOX31 Denver for meteorologist, anchor, and host for four years.

Check out the clip of Crystal Egger reporting to the viewers about the weather!

The mother of two joined The Weather Channel in 2010, where she worked till 2013. While at the channel, she provided weather updates for NBC Nightly News, MSNBC, CNBC, and The Today Show. She served as a broadcast meteorologist at NBC News at Greater Los Angeles anchoring in the morning weather program Today in LA.

Since October 2017, she is the meteorologist at Monarch Weather Consulting in the Greater San Diego.

Crystal Egger was born and grew up in Grand Terrace, California, United States. She studied at Terrace Hills Middle School and later went to Colton High School in Colton, California.

As for higher education, she attended the University of California, Santa Barbara, where she received a B.A. in Communication and also minored in Spanish. Furthermore, she also got a degree in Meteorology from Mississippi State University.

In 2017, Crystal, alongside her colleague and friend Kathryn Prociv, founded a company, Monarch Weather, which helps businesses prepare for the weather and climate changes around the world. In 2019, she also started her online platform Sunny Space in which her team provides original documentary series and lifestyle platforms featuring women brands who are reshaping the world.

If you want to read more similar articles, be sure to visit the website Featured Biography!