Casey Manderson is an actor and a producer who is well-known in the entertainment field, and with his striking features, it's hard to forget him easily. Let's find out more about his relationship status, net worth and early life. 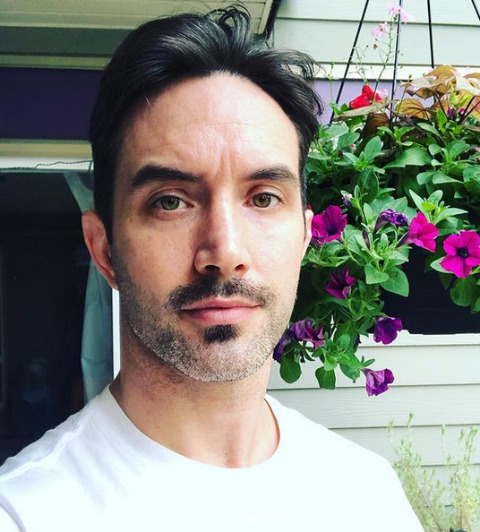 Casey Manderson is a married man. He is married to his longtime girlfriend, Cherlyn. Cherlyn and Casey are both producers. The two have been together for a very long time. They dated each other for some time before finally tying the knot on August 24, 2008.

The couple has been married for more than 10 years, but unusually, they have not had any children yet. They have not revealed when they are planning to have a child. The pair share very little about their married life. However, Casey frequently shares pictures of them via his Instagram profile. The two are living happily with their dog, Monkey.

Casey Manderson Net Worth and Career

Casey Manderson is an actor and producer. He is known for his roles in When Life Was Good, Nutshells and The Ennead. The now 46-year-old started his career in 2006 with the short film, The Psychic Life of Plants and has been actively working ever since.

Since his debut, Casey has worked in many more movies, A Little Daytime Drama, Morning Show Mysteries: Murder Ever After, Mingle All the Way, The Perfect Bride: Wedding Bells, The Mistletoe Inn, Garage Sale Mystery: Murder Most Medieval as Tucker, The Tree Inside and When Life Was Good among others. He has also worked in the series, The Ennead on which he was also a co-producer, Alcatraz, Witches of East End, Jaguars, The 100 and Project Blue Book, to name a few.

The now 46-year-old also served as co-producer on The Tree Inside, In No Particular Order and The Red Rooster, in which he also acted. Recently, he was seen in the 2021 T.V. movie, The Christmas Ring. As for his net wealth, the producer has not disclosed the exact numbers yet. However, as per the sources, he has an estimated net worth of $300,000.

Casey Manderson was born on August 20, 1975, in New Westminster, B.C. His full name is Casey Ryan Manderson. Manderson’s father’s name is Ric Manderson. His mother’s name is not known. She passed away in the year 2021. He has a brother named Jesse Manderson.