Carley Shimkus is an American news anchor and reporter who works as a headlines reporter for Fox & Friends and Fox & Friends First and a co-host on Fox Nation. Let's know all details about her wealth, married life, and early life. 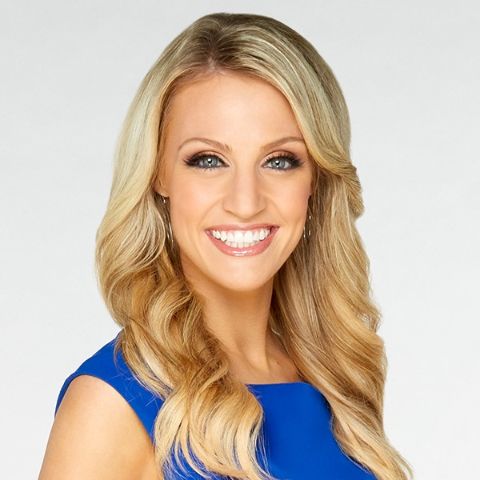 Carley Shimkus is an American news anchor, journalist, reporter, TV correspondent, and producer. She is a headlines reporter for ‘Fox & Friends’ and ‘Fox & Friends First,’ and a co-host on ‘Fox Nation.’ When Carley was in high school, she attempted to get into the entertainment world. She aspired to be a model, but she was unable to fulfill her ambition. She interned in Fox News‘ D.C. bureau later that year and joined the network after a year.

The FOX news reporter has amassed a sizable fortune after breaking into the network. According to an insider, her annual income is $53,000, and she was formerly paid $66,000. Her yearly payment is made up of her base pay and tips and bonuses from FNC. Carley has an impressive net worth of $1 million as of 2021. Her wealth will undoubtedly arise in the future if she maintains her current level of accomplishment.

Furthermore, Carley is a frequent user of social media networks. Her Facebook profile has amassed a following of over 71K people. She has a total of 93K followers on Instagram. Shimkus has 58.6K Twitter followers.

Carley Shimkus’ Relationship Status. Who is Her Husband?

Carley Shimkus is a married woman. As a result, she tied a knot with her handsome spouse, Peter Buchignani. Peter, her spouse, is a businessman based in Chicago, while she is based in New York City. They met at Carley’s birthday party in 2013 and began a romantic connection after a few months. They started dating in 2013 and married two years later.

After a few years of dating, Peter proposed to her, and the two chose to marry on August 8, 2015, in New Jersey. On her show, Imus in the Morning, she announced that she is now married.

They are such die-hard Michigan football fans that the team’s fight song served as their exit song during Carley Shimkus’ wedding. There’s a lot more they have in common, including the fact that they were both in college at the same time from 2005 to 2009. As a result, they enjoy a lovely relationship and don’t have a child till now.

Carley Noelle Shimkus was born on November 7, 1986, in Long Valley, New Jersey, in the United States. She is currently 34 years old and belongs to the Scorpio zodiac sign. Zulma and Edward Shimkus are her parents. Her father is a chemist of Lithuanian descent, while her mother is a Puerto Rican flight attendant. She also has an older sister, Margot, who is a gifted musician and educator.

The 34-year-old graduated in 2005 from West Morris Central High School in Chester. In 2009, she earned a bachelor’s degree in broadcast journalism from Quinnipiac University. During her senior year, she also interned at Fox News in Washington, D.C.