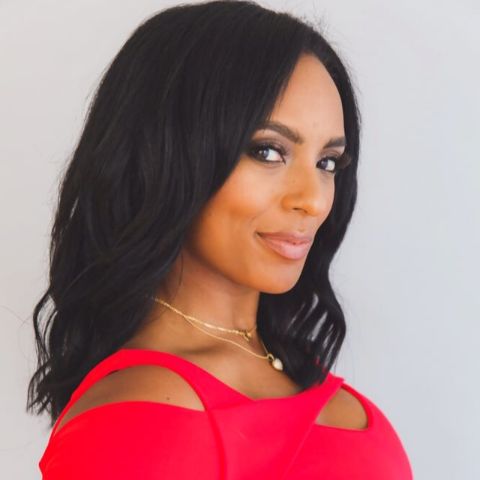 Brittney Shipp is an Emmy-nominated meteorologist with nearly a decade of experience in broadcast journalism. Shipp currently works as an on-air meteorologist for NBC-10 in Philadelphia, which is the country’s fourth-largest market. She has also been on NBC’s Early Today and MSNBC’s First Look, Morning Joe, and Way Too Early. Shipp is a well-known American weathercaster and journalist from Los Angeles.

The American journalist got her start at UCLA when she worked on the campus TV news program. She worked as an intern at KTLA as a news assistant at ABC7 Eyewitness News in Los Angeles. In addition, Shipp has managed to make a magnificent amount from journalism. According to sources, she has an impressive net worth of $1 million as of 2021.

Brittney Shipp’s Relationship Status. Who Is She Dating?

Well, Brittney Shipp is a happily married woman. She tied a knot with her handsome husband, Jontue Long. In October of 2019, the couple announced their engagement. Jontue, on the other hand, is a lifelong learner with an MBA from Duke University’s Fuqua School of Business and a Bachelor’s degree from Bucknell University.

The couple married in Paris, France, on New Year’s Eve 2020, months after reconciling when Shipp moved to another location to pursue her career two years prior. The beautiful partner celebrates their second anniversary in 2022.

Furthermore, the pair were blessed with a daughter on November 6, 2020. The name of the child is Zoey Amour Long. Their child will celebrate her first birthday on November 6, 2021. Brittney is spending quality time with her husband and daughter.

Brittney Shipp was born in the year 1983 in the United States of America. She is 38-year-old as of 2021 and holds American nationality. Shipp is the daughter of football player Joseph Shipp, who attended the University of Southern California. Moreover, she has three athletic siblings: Josh, Jerren, and Joe. Basketball was a sport in which all of her brothers excelled. Shipp has never made a public reference to her mother.

The 38-year-old played volleyball and tennis at Fairfax High School. Brittney graduated from the University of California, Los Angeles, with a bachelor’s degree in International Development Studies. She also achieved a Certificate in Broadcast Meteorology from Mississippi State University.