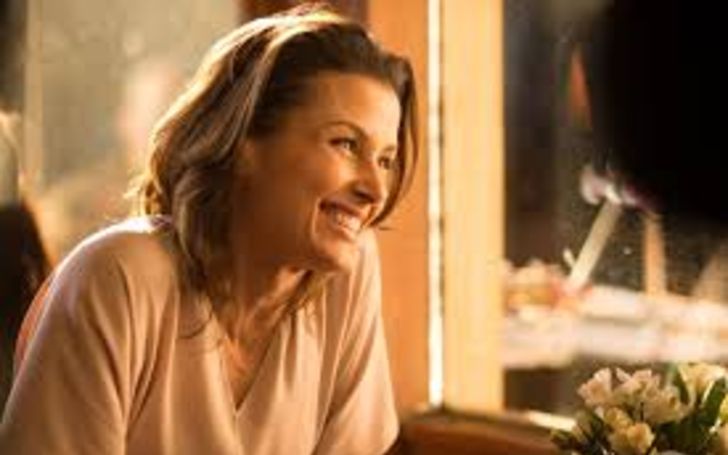 If you follow the entertainment industry, then you must be familiar with the charming actress, Bridget Moynahan. Famous with her roles in ‘Blue Blood,’ ‘The Recruit’ and ‘Lord of War,’ the artist has been around the industry for more than two decades. The 49-year-old diva is the perfect example of an empowered woman who worked her way into Hollywood as one of the finest actresses in the sector. So, without wasting much time, let us look into the dating life, net worth, and childhood of Bridget Moynahan.

When it comes to the dating life of the actress, Bridget Moynahan, her professional career’s luck didn’t accompany the diva in it. She first found her love in screenwriter Scott Rosenberg in the early 2000s. After dating for some time, the two confessed their love for one another in 2001. However, things fell apart for the celebrity duo quite early as they parted ways in 2003.

Shortly after the separation, actress Moynahan was back in the dating game. Thus, she made it to the headlines again as she dated the NFL quarterback Tom Brady. Surprisingly, the relationship between them moved quite fast as they dated from 2004 to 2006. Bridget’s representative shocked everyone confirming that they broke up in December 2006. However, following the separation, the ‘Coyote Ugly’ actress became pregnant with Brady’s son John Edward Thomas Moynahan. Ever since giving birth to her son on August 22, 2007, she started serving as a single mother.

Also See: Net Worth and Married Life of Anya Chalotra.

Moynahan was back in the dating scene again in late 2010, as she went out with director McG. Like her previous dates, this one didn’t work out as well as they broke up shortly afterward.

After a series of heartbreaks, it was time for the 49-year-old Bridget Moynahan to settle down finally. Luckily, she came across business tycoon Andrew Frankel through a mutual friend, and they shared a special connection at an instant. Eventually, the bond the two shared grew stronger as they tied the knot on October 17, 2015.

Frankel and Moynahan enjoyed a lavishing ceremony in the Hamptons, New York. Interestingly, it was a surprise event as the guests were known of the wedding only at the venue itself, which made it more special. Like herself, Frankel came into the relationship with three sons from his past affair.

Bridget Moynahan’s Net Worth Makes Her A Multimillionaire

Yes, you heard it right. Involved in the showbiz industry for two decades contributed immensely to the income status of actress Bridget Moynahan. Specifically, she amasses a staggering net worth of $25 million as of 2020. Some of her best works include ‘Six Degrees,’ ‘Midnight Sun,’ and the two ‘John Wick’ movies.

She lives in a flashy mansion-like house in New York with her husband and child with such vast earnings. As per the records, the diva bought the house in 2014 for a whopping $4.6 million. Her business tycoon beau, Andrew Frankel, owns around $5 million of net worth.

Talking about the childhood of Bridget Moynahan, she enjoyed a pleasant time in a middle class Irish American family. In fact, she is the daughter of Mary Bridget, former school teacher, and Edward Moynahan, a scientist and former administrator at the University of Massachusetts. As per her siblings, she has two brothers, Andy Moynahan and Sean Moynahan.

Just when she was seven years old, the Binghamton born diva moved to Longmeadow, Massachusetts. Similarly, she went to Longmeadow High School and played several sports like soccer, basketball, and lacrosse. After completing high school, she began modeling. Amidst all that, Bridget attended the University of Massachusetts. Surprisingly, she even featured in Vogue and Elle before getting into acting. Initially, she began with soap and shampoo commercials before making TV debut in ‘Sex and the City.’